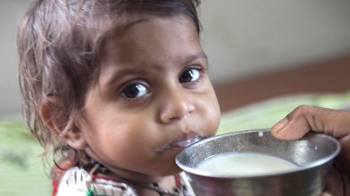 Anaemic children : Even Gujarat is no exception 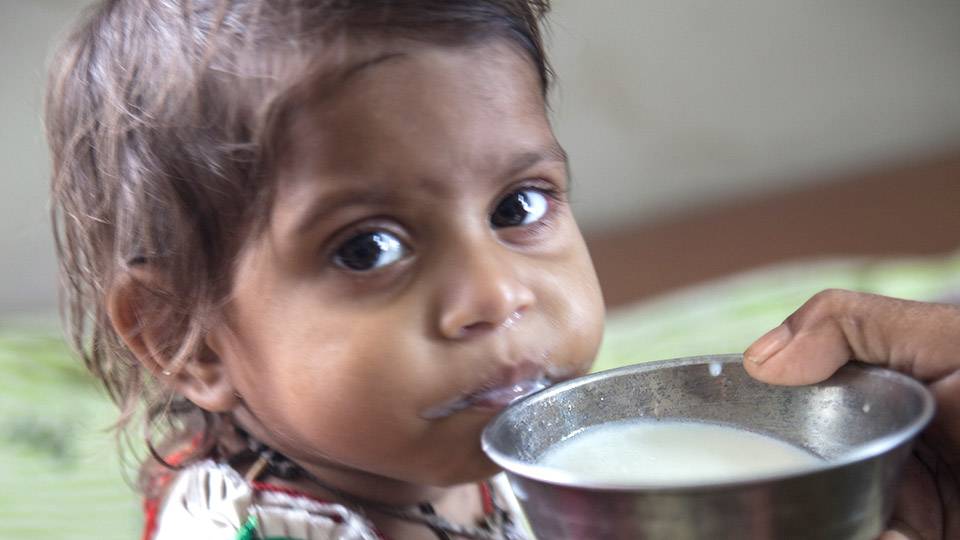 The worst fear has come true. Ever since Covid-19 began spreading early this year, many reports have been suggesting a decline in the nutritional status of children. Organisations like the UNICEF and the Child Rights and You (CRY) have been urging the government to make adequate interventions. But to no avail.

As always, the country’s non-profit sector stood up for the hunger-struck. But, then, they had limited resources, compared to the humongous need.

Last week, the ministry of health and family welfare released a report from the first phase of the National Family Health Survey (NFHS). Like any other government report, it starts with a message that shows the smiling face of Dr. Harsh Vardhan, Union Minister of Health and Family welfare.

The clumsily-written message says, “It gives me immense pleasure to release the fifth round of the National Family Health Survey 2019-20 for 22 states/UTs included in Phase-1 of the survey. In this compendium of Factsheets, I am told, that the highlights for 22 States/UTs on key indicators providing State/UT-wise estimates on population, health, family planning and nutrition related key indicators like fertility, mortality, maternal, child and adult health, women and child nutrition, domestic violence, etc. have been presented”.

After going through report, I wish the minister had read it. Had he done so, it would have served as an eye-opener for him. I visualise him like many NGO leaders, who often get sleepless nights, when they come across a spine-chilling story from the ground.

The minister hopes that the data shall be used effectively for taking policy decisions. It is clearly not known how a decision will be taken if the report has not been read by the minister himself.

Be that as it may, the report shows that more than a quarter of children surveyed in 18 out of 22 states/UTs are stunted. And so is the case with wasting and underweight children.

The World Bank data suggests that India has the highest number of stunted children in the world. However, the country had shown considerable progress since 2005-06. Even during the first two rounds of the NFHS, there was a considerable reduction in stunting.

It is believed that the number of malnourished children are higher in low-income states. But NFHS-5 has busted this myth also. Even richer states like Kerala, Gujarat, Maharashtra, Goa and Himachal Pradesh have reported an increase in malnourishment. Now this poses an important question: what would have gone wrong? And why were the previous reports not used as a basis to take certain key policy decisions to improve malnutrition?

During the last three years, India grew at a slower pace than the earlier years. The reasons are known to all. A midnight drama of scrapping currency notes and subsequent implementation of Goods and Services Tax in a haphazard manner had certainly affected the poor and lower middle class.

The Union government has been giving a step-motherly treatment to important parameters like health. This is clearly visible in the way health budgets have been reduced over the last few years. Reduced income in the hands of people and a lower allocation from the government would have certainly affected the nutrition of children. And even mothers!

The world’s largest early childhood development programme -- integrated child development services (ICDS) programme – has failed to deliver. Despite its wide coverage, it has come under criticism for many reasons like non-availability of food, or closure of anganwadi centres (AWCs).

A report published two years ago showed that more than 85 per cent of the AWCs did not have a dedicated building. While the programme design on paper seems to be very effective, the scheme failed to produce results on many aspects, including nutrition.

Clearly, there is no mechanism to monitor the scheme which has an ambitious target of serving all children belonging to the vulnerable sections of society. The data in the NFHS report speaks volumes about the ineffectiveness of the scheme. But has the government done anything in this regard?

Earlier, the Global Hunger Index (GHI) 2020 placed India at the 94th position among 107 nations, in the “serious” hunger category. The main reason was again rampant undernourishment and malnourishment among children under five years.

Our progress in GHI has also been dismal. Now, if we believe that data generated in these reports is used for decision making, to quote the health minister, why have we not seen a progressive shift in malnutrition?

The fact is one in every five children is anaemic. In fact, 17 states out of 18 have shown a considerable increase in such cases. Assam has seen an increase of 68 per cent, to give an example. The model state of Gujarat has registered a whopping increase of 80 per cent since 2015-16. One can imagine the kind of growth we can have.

It is an established fact that the first five years of a child have a disproportionate impact on the rest of his life. A report published by Harvard University’s Center on the Developing Child reveals that "experiences early in life can have a lasting impact on later learning, behaviour and health,” and those same experiences "actually get under the skin and into the body, with lifelong effects on adult physical and mental health”.

This is one reason why an increasing number of countries are designing programs to invest in early childhood education and development; they know it is a cost-effective way to tackle inequality and raise a generation of healthier adults. India started ICDS way back in 1975 with the help of UNICEF.

At that time, the world did not know the importance of the early formative years of a child. India was one amongst the few to have started a scheme like ICDS. However, even after 45 years, we could not address the issue of malnutrition and anaemic children. This only shows the colossal failure of government.

What started as a small initiative was expanded to the entire country. It only shows how difficult it is to scale programmes and ensure their effectiveness.

Although the first phase of NFHS-5 had nothing to do with the Covid-era as the data for this phase was collected during the last financial year, it is just a teaser for the main release. The data for the remaining phases could not be collected in 2019-20 in view of the pandemic.

The post-Covid data will certainly be more shocking than the first phase. A report published by a popular news agency estimates that we will be reversing decades of gains in case the subsequent phases show a similar trend.

The ambitious food delivery law – national food security Act -- with an estimated reach of two-third of the country’s population, too, could not help in reducing malnutrition. The fact is that most of the food supplementation schemes aim at increasing food or calories rather than focusing on balanced nutrition.

If the one-rupee-a-kg rice or wheat is replaced with millets or fortified food products, we still may achieve the goal of producing healthier children and contributing citizens in the years to come. Incidentally, many of these changes can be done without much additional cost after strengthening the existing schemes.