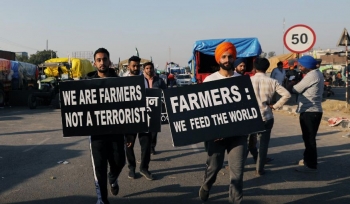 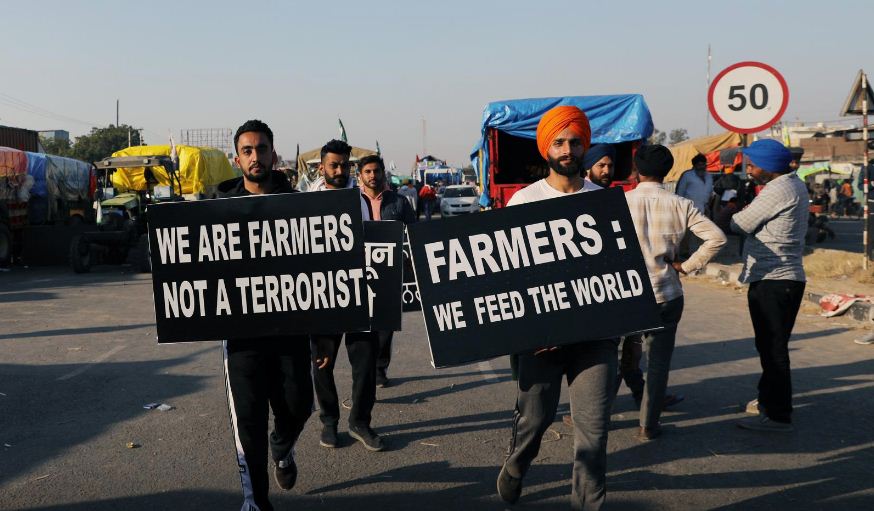 A friend of mine, who says he is a supporter of the ruling party was quite upset the Courts had stepped in between the government and the farmers, “But we were having good talks,” he said, his face very crestfallen, “In fact I had even made a blueprint to make the talks successful. Would you like to see it?” I nodded as he opened a script and held it out to me to read, “This is how I have suggested the talks should go,” he said.

“Hello Farmer, you have come all the way riding on a tractor?”

“Yes sir, we drove in the bitter cold, because it is important you repeal these three farm laws!”

“And what tractor do you have Farmer sir? See I have catalogues of different tractors! In fact, my two close friends to whom we are handing over most of the businesses in our beloved country are willing to get into the tractor business too. What model do you have?”

“It is an old tractor sir, and I will have no money to buy a new one if these new laws are implemented!”

“Sir those water cannon you used on us, was not fair. The water was so strong it broke most of our wrist watches!”

“What was your watch?”

“It was my father’s watch sir, and it was given to him by his father!”

“My two friends are also planning to open a watch factory. Their watches will withstand water pressure at even 300 feet below sea level! If you can get your wife, and children interested, I could arrange for my friends to give you a family discount? Think about it; it’s always good to know how much time you have before the next cannon blast!”

“Sir, farmers are the backbone of our country! We have served you well, through thick and thin, through bad days and good, through days of peace and days of war!”

“War! That reminds me, would you like to keep a few jet fighters around your farm, my friend has just bagged a contract to manufacture them, and if we could help him get a few thousand more, then he could give you a ‘buy two, get one free’ deal? You know for cloud seeding and pesticide spraying, a fighter could be useful, whoom-boom and your job is done!”

My friend stared ashen faced at me as he took back the scripts, saying, “I have a hundred more pages like this for another three months of talks, can you tell me, why would the learned judges want to take over?”