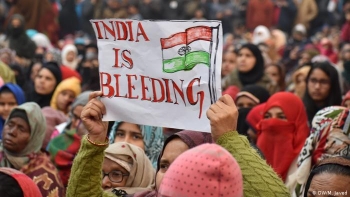 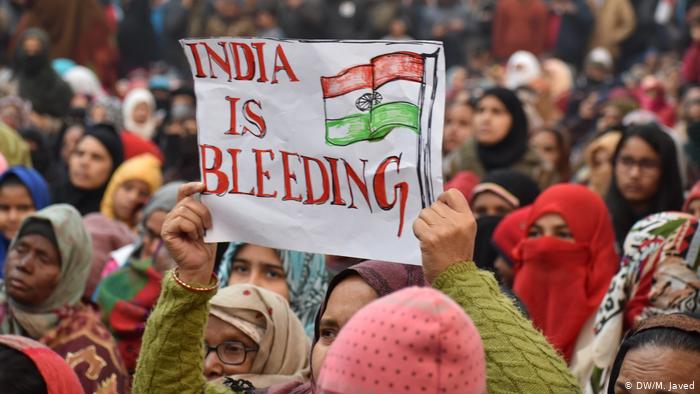 Christmas 2020 is being celebrated in the midst of untold suffering caused by pandemic Covid 19 and the consequent economic crisis for millions of families. By the middle of December, more than 73 million people were infected with Coronavirus and more than 16 lakh people lost their lives due to the pandemic. Millions of people lost their jobs and sources of their livelihood. The Economic Times reported in the second week of December that 3.5 million Indians lost their jobs in the month of November.

A review of the year 2020 in relation to India brings to light that inhumanity overpowered humanity in the decisions and actions of the government of India. On the other hand, the year 2020 witnessed some sublime ex

The same period also witnessed the most insensitive and inhuman actions on the part of the BJP government at the Centre. With four hours' notice, the strictest lockdown in the world was imposed on the people of India by the Modi government. The government of India refused for weeks to provide transport facilities to the millions of migrant workers who were walking to their homes. Muslims were accused of spreading Coronavirus and some vegetable vendors were attacked by the members of Hindu right-wing organizations. Hate messages were spread against them.

The BJP government continued to use draconian laws like UAPA, NSA and sedition law to arrest and jail social activists, journalists, academics who are critical of government policies. The latest among them are Fr. Stan Swamy and Faisal Khan. It took more than one month for the jail authorities to provide straw and a sipper to 83-year-old Stan Swamy who is suffering from Parkinson disease and unable to hold glass or coup. It is nothing but insensitivity and inhumanity on the part of the government. Faisal Khan, an ardent promoter of communal harmony, was arrested and put in jail for offering prayers in a Mathura temple with the permission of the temple priest. Authorities in a Mumbai jail turned away a pair of spectacles meant for a civil rights activist, Gautam Navlakha, who is almost blind without spectacles. The Bombay High Court reprimanded the jail authorities. “We need to conduct workshops for jailers. How are such small items denied? These are all human considerations,” said the Division Bench.

While millions of Indians are struggling to survive due to job loss and depleted income, PM Modi laid the foundation stone for the new parliament building on 10th December, costing Rs. 1000 crores despite stiff resistance from the opposition political parties and prominent citizens. Where is the concern for Bharat Mata-the people of India? “Mr. Modi is giving a moral lecture on the ‘values’ and ‘culture’ of democracy while in practice destroying democracy mercilessly, assaulting all dissent and preventing our youth from even choosing their life partners: diabolic doublespeak”, tweeted Sitram Yechuri of CPM.

The government of India took many insensitive decisions and adopted inhuman policies because of BJP’s ideology of Hindutva or Hindu Nationalism which Shri Shashi Tharoor calls ‘ethno-religious nationalism’. In order to experience humanity at the national level, a transformation from ‘ethnoreligious nationalism to ‘civic nationalism’ that is embedded in the constitution of India, is required. Christmas 2020 is an invitation to all followers of Jesus to commit themselves to restore the core values of Indian constitution, the human rights and strengthen the democratic institutions and processes.

This year Christians will be celebrated all over the world differently from the way it was celebrated in the previous years. There will not be crowds in the Churches because of the Covid 19 protocols. Most probably costly and mesmerizing cribs will be replaced by simple and symbolic ones. The Christmas carols could be of low profile or even online. Many will not be able to exchange costly Christmas gifts due to the financial strain caused by the pandemic Covid 19.

Pope Francis has been on a difficult task of reinventing the Catholic Church by bringing back human beings to the centre of spirituality. The encyclicals of Pope Francis, Laudato Si and Fratelli Tutti (Fraternity and Social Friendship) focus on human issues.
The message of Christmas to every human being on this planet is that God has become human in the person of Jesus and every human being is raised to the level of Divine. Hence one has to see God in very human person irrespective of his/her religion, culture, race, gender, nationality etc. Let the celebration of Christmas inspire all people, particularly the followers of Jesus, to transcend their lower identities of religion, caste, race, language etc. and experience the highest identities of humanness and the Divine presence in all human beings. Then people of all nations and societies will be able to experience that the whole universe is one family (vasudaiva kutumbakam).

Against the context of increasing hatred, revenge, division and exclusion, it would be appropriate to conclude this write up with a quote from Dr. Haim Ginot (1922-1973) a school teacher, a child psychologist and psychotherapist and a parent educator.

“I am a survivor of a concentration camp. My eyes saw what no person should witness. Gas chambers built by the learned engineers. Children poisoned by educated physicians. Infants killed by trained nurses. Women and babies shot by high school and college graduates. So I am suspicious of education. My request is: Help your children become human. Your efforts must never produce learned monsters or skilled psychopaths. Reading, writing and arithmetic are important, only if they serve to make our children more human”.

Not only children, but all of us have to become human, if peace and harmony are to prevail in the society.  Yes, let us be human first and foremost. Christ has taught us that in order to experience God one has to become human.