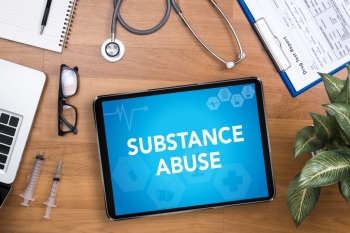 Scenario: Actor Sushant Singh Rajput’s premature death sent shock waves to the Bollywood sector and society. The inquiry of the Central Bureau of Investigation (CBI), Enforcement Directorate (ED) and Narcotics Control Bureau (NCB) paved way to the alarming revelation about the extent of drug abuse among the film actors and actresses.

20 persons have been nabbed in Maharashtra. Likewise, arrests of a few actresses have taken place in Karnataka too. Day-in and day-out, the print and digital media bring about news on drug smuggling and drug abuse. Some sample news:

    Two men were arrested in Delhi's Rohini area for allegedly smuggling heroin brought by a woman from Manipur to other states, police said, adding that 14 kg of the contraband worth over Rs.50 crores was seized from them. (NDTV 19 November, 2019).

    An Army soldier and two others have been arrested for allegedly smuggling drugs and weapons from across the Indo-Pak border using GPS-fitted drones in collusion with their Pakistani accomplices, Punjab Police said. (NDTV 10 January, 2020).

    Over five kg of heroin worth Rs.25 crores was recovered from Karbi Anglong district in Assam. (NDTV 28 September, 2020).

    The Narcotics Control Bureau (NCB) busted an international drug trafficking ring in Bengaluru, where pseudoephedrine, a controlled substance, was being smuggled through baby bags to South African countries. (The News Minute, 24 November, 2020).

In the recent past, number of drug related crimes under the Narcotic Drugs and Psychotropic Substances (NDPS) Act has been on a rise. According to NCRB Report 2016, a total 350862 Kg drugs were seized during 2016.

Ganja, Methaqualone, Ephedrine/Pseudo Ephedrine, Hashish and Heroin accounted for maximum. At 3.42 lakh kg, Ganja topped the seizures followed by Opium (4,488 kg), Hashish (3,572 kg) and Heroin. Seizures give an idea about popularity of various drugs. Apart from these, the abuse of pharmaceutical drugs is also on a rise.

A major factor making India vulnerable to drug trafficking and consequent drug abuse is its geographical location- it lies in close proximity to the major opium producing regions of South West and South East Asia known as the ‘Golden Crescent’ and the ‘Golden Triangle’, respectively.

Drugs smuggled: Last year, the government of India came out with a major report on the extent, pattern and trend of drug abuse in the country.

Opioids (heroin, morphine, etc): Approximately 2.6 crore people in India have used or use opioids. More than 60 lakh people in India suffer from Opioid use disorders. The most common drug used is Heroin followed by Pharmaceutical opioids and Opium. Uttar Pradesh, Punjab, Haryana, Delhi, Maharashtra, Rajasthan, Andhra Pradesh, and Gujarat contribute to more than half of the people suffering from Opioid abuse.

Sedatives and Inhalant: Approximately 1.18 crore people use sedatives and inhalants. 4.6 lakh children and 18 lakh adults need help as a result of inhalant use. The prevalence of use is higher in children and adolescents as compared to adults. Uttar Pradesh, Madhya Pradesh, Maharashtra, Delhi, and Haryana have a very high child population in need for help as a result of an overdose.

Injected Drugs (Through syringes and other mediums): Over 8.5 lakh people inject drugs into themselves and are addicted. Uttar Pradesh (100,000), Punjab (88,000), Delhi (86,000) top the numbers. The most common drugs injected are Heroin (48%) and Buprenorphine (46%). 27% of people who inject drugs admit sharing their needles with other people, risking diseases like HIV.

Smuggling: It is an economic offence that is qualitatively different from the traditionally known white-collar crime. Economic advantage is the main motive behind this offence. The commodities which are mostly smuggled are drugs, gold, silver, diamonds, arms, explosives, wristwatches, electronic goods and synthetic fibres etc. Globalisation has made possible vast increase in trade, more mobility and fast means of communication - all of which have made smuggling easier.

Mode of operation: The following points will give us an idea about how this illicit activity is operated:
•    Team-work, i.e., association of a group of persons which may last for a long term.
•    Hierarchical structure, i.e., structure with grades of authority from the lowest to the highest, involving a system of specifically defined relationships with mutual obligations and privileges.
•    Planning, i.e., making advance arrangements for successful smug¬gling, minimising risks and ensuring safety and protection.
•    Centralised authority, i.e., functioning on the basis of centralised control which is vested either in the hands of one individual or a few members.
•    Specialisation, i.e., specialising in smuggling just one commodity, say heroin or gold or arms, etc. Some groups, however, are engaged in smuggling more than one commodity.
•    Division of labour, i.e., delegating duties and responsibilities.
•    Protective measures, i.e., arranging protection against interference from law-enforcement authorities. The protective measures include contacts with policemen, lawyers, doctors, politicians, judges and in¬fluential persons in society. Giving money in cash or in gifts, providing help in elections, marriages etc., arranging foreign trips are some of the methods used by the organised smugglers to secure pro¬tection and avoid arrest and conviction.
•    Conduct norms, i.e., framing rules of conduct and methods of opera¬tion for members. This helps in maintaining discipline, efficiency, loyalty, obedience, and mutual confidence.
•    Their com¬mitment, nevertheless, remains with the world of crime, where in detachment from the values of the larger society, they receive their pres¬tige, power and a lifestyle of luxury.

States in the North-East, Kashmir, Punjab, Bihar, Jharkhand, Telangana, AP and Tamil Nadu are some of the areas where Terrorists, Militants, Naxalites, Peoples War Groups, Maoists and Insurgents are engaged in fighting the landlords, police and the military for achieving their goals. They get the required weapons from the organised smugglers of arms and ammunition.

Immunity: The leaders of any smuggling group are usually not arrested because they stay be¬hind the scenes of operation. Persons lower in the hierarchy, if arrested, are likely to be released by action taken by their supervisors. Such release is assured through ‘the fix’. Protection is secured by gain¬ing political power through contributions to political parties or leaders themselves contesting elections for assemblies or parliament or municipal corporations, etc. Regular pay-offs are done to law-enforcement officials. Immunity is also provided by loopholes in the law. Lawyers manage to save their clients from legal action because of these loopholes.

    The risk factors that contribute to drug abuse are unstable home environment; poor relationship with family members; behavioural problems combined with poor parenting; depression/stress and peer pressure.
    Drug abuse causes damage to organs, such as the heart, brain, and liver. It spreads diseases such as heart disease, HIV, and cancer. It leads to mental illnesses, permanent changes to hormonal and nervous systems.
    At family level, drug abuse causes disputes, mental trauma for family members, domestic violence and adverse effect on women and children.
    At society level, drug abuse leads to loss of reputation, social stigma, isolation and lack of societal acceptance after rehabilitation.
    At occupational level, the drug abusers will lack focus on task at hand leading to poor performance. The result could be regular absenteeism and loss of job.
    At financial level, the drug abusers tend to spend more on drugs resulting in debts or falling into debt-traps.
    The overall negative impact will be the increase in monetary crimes to pay for drugs, incidences of teasing, group clashes, assault, impulsive murders and suicides.

Narcotic Drugs and Psychotropic Substances (NDPS) Act, 1985: It restricts cultivation, production, sale, purchase, possession, use, consumption, import, and export of narcotic drugs and psychotropic substances. This Act is a punitive and punishing statute. Punishment is based on the substance and its quantity found. Death penalty or 30 years of imprisonment is given for repeated offence of drug trafficking. It also contains a regulatory framework. The Act gives authority to the Central and the State government to frame rules in relation to drug-use activities. The regulatory framework also paves a way for supply of opium, to registered users, for medicative purposes. The act also provides for rehabilitation. It further calls for national fund for controlling drug abuse

Way Forward: Primary prevention envisages preventing non-users from starting drug use. It includes raising awareness on drug related harm, specially health and social effects. Since children and young adults are most vulnerable to drug abuse, measures should be taken to aware children on myths surrounding alcohol and other drug use which leads to the glamorization of these substances. Mass media should play an important role in spreading awareness about the menace of drug abuse and not glorify it.
The authorities empowered to act on getting information of commission of this crime are: Directorate of Revenue Intelligence, Direc¬torate of Enforcement, Narcotic Control Bureau, and Directorate General of Foreign Trade. The Anti-Narcotic Squads and Drug Enforcement Agencies should be more vigilant in controlling drug trafficking. There is a need for more counselling and rehabilitation centres. Further, these centres should be equipped with trained health workers to ensure sustained de-addiction of addicts. The government should apply harm reduction principles to drug policy formulation. India can consider experiences from European and Latin American countries while formulating and implementing legislation to stop drug abuse. Smuggling and drug-free nation must be our long-term goal.