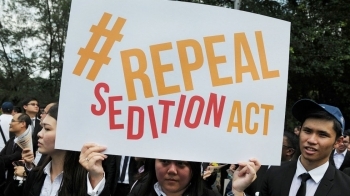 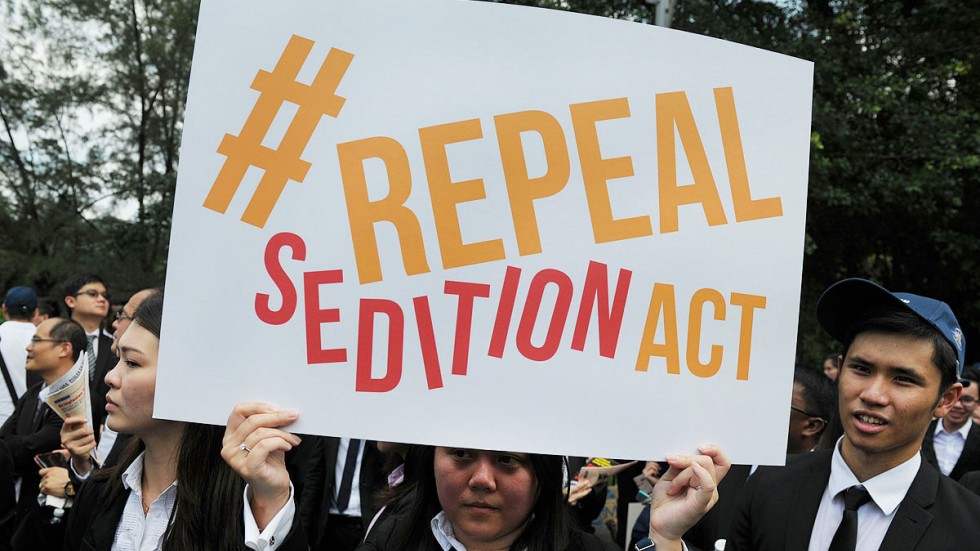 The Supreme Court’s interim order suspending the operation of Section 124A of the Indian Penal Code pending its consideration has raised hopes and expectations that the law on Sedition is on its way out. This hope is heightened by the Government’s request to the Supreme Court to give it time to consider its position in the matter, indicating there is a rethink on the part of the Central Government.

But the euphoria could be short lived. The Union Law Minister Kiren Rijuju has obliquely expressed his reservation by referring to the Supreme Court’s interim order as possibly crossing the ‘Laxman Rekha’.  The Attorney General K.K. Venugopal, albeit in his personal capacity, has described the law on sedition  embodied in Section 124A as sound and an effective instrument to deal with seditionists and those threatening the unity and integrity of the nation.

The contention of the petitioners before the Supreme Court is that the law on sedition, Section 124A IPC, needs to be scrapped as it is an archaic and outdated law which the British had introduced into the criminal justice system to deal with the freedom fighters. The British themselves have removed the law from their Statute books. Post-independence, Section 124A is an anachronism.

Another plank of the petitioners’ arguments is that Section 124A is being misused and indiscriminately applied to cases that are not even remotely connected to any seditious activity; but may at the highest be described as a critique of the Government’s actions, policies and programmes. To drive home the point, reference is made to the abysmally low rate of convictions -- a mere 3% of the charges filed. The Editors Guild of India, one of the petitioners, has welcomed the Supreme Court’s stay order as the law has been routinely misused by the Central and State Governments  against Journalists to curb their independent reporting.

Lord Macaulay’s Indian Penal Code which has stood the test of time came into force in 1860, three years after the mutiny of 1857. The law on Sedition was introduced by section 124A in 1870 when the freedom struggle was gaining traction. The newly added section became a handy tool for the British Raj to rein in the heroes of our freedom struggle.

Bal Gangadhar Tilak was first charged with sedition in 1897 for writing an Article in his paper Kesari and sentenced to a year in prison. In 1908 he was again sentenced to six years of imprisonment for sedition and exiled to Mandalay in Burma for writing in favour of the Bengal revolutionaries. At the conclusion of his Second Trial in 1908 Tilak exclaimed: “There are higher powers that rule the destiny of Men and Nations and that, it may be the Will of Providence that the Cause which I represent may prosper more by my suffering than by my remaining free.”

In 1922 Gandhiji was charged with sedition and sentenced to six years imprisonment for taking part in anti-government protest in Bombay. He pleaded guilty saying “If one has no affection for a person or system, one should be free to give the fullest ex

On 30th December 1935, Sardar Patel was being investigated by the Home Department for making a speech which it felt was seditious; but he was not charged and the file closed.

Our freedom fighters willingly and knowingly allowed themselves to be charged and sentenced to imprisonment in the fervent belief that they were making the sacrifice for a worthy cause; and we are all the beneficiaries of that sacrifice.

The law on sedition was introduced by the British to curb any activity that threatened their Rule and to maintain their stranglehold over the country. It was the law of the Ruler enforced with an iron hand; and those charged with were tried, convicted and sentenced. The law on Sedition was certainly used to the fullest extent by the British. But can it be said that the law was being misused?  Our freedom fighters did not deny the charges leveled against them and gladly underwent the sentences of imprisonment.

But post-independence, the same law introduced by our erstwhile Rulers continues to be used and misused against citizens of the country. Section 124A is increasing being invoked, more so in the recent past, both by the Central and State Governments to stifle any dissent or criticism of the Government or its actions, policies or programmes.

The worthies running the governments seem to conflate their executive powers with the sovereign powers of the nation and to consider any adverse comments or criticism of the government or its policies or programmes as an attempt on the sovereignty and integrity of the Nation. No wonder then the conviction rate of those charged with sedition is so abysmally low – a mere 3% of the charges filed.  Hence the clamour for abolition of section 124A IPC.

The Supreme Court while virtually staying the operation and implementation of Section 124A IPC has clarified that the Courts could proceed  against the arrested accused persons with regard to charges other than sedition;  thus putting paid to the hopes of those charged under draconian security laws such as the UAPA, NSA etc.

There is no gainsaying the need for a strong and robust law to deal with terrorists and their ilk whose activities pose a threat to the unity and integrity of the nation. But laws based on a negation of the basic universal principles of Criminal Jurisprudence cannot be said to be fair or just. Every person is considered innocent until proven guilty and the burden of proving his guilt is on the prosecuting agencies who are supposed to be in possession of sufficient evidence before charging any person with a criminal offence. The UAPA and other national security laws have turned this basic principle of criminal jurisprudence on its head by presupposing that the person charged with terrorist activity is guilty and the burden of proving his innocence is on the person charged.

Keeping a person incarcerated in prison indefinitely, sometimes for years, without bringing his case to trial on the presumption that he is guilty until he proves himself innocent, results in incalculable and irreversible damage to his mental and physical health and to his fair name and reputation.

Thomas Jefferson’s quote, “The God who gave us Life, gave us Liberty at the same time” must remain a constant reminder to those in power who seek to stifle free speech and ex

The clamour for the abrogation of section 124A of the Indian Penal Code must logically be extended to the removal of the draconian provisions in the Unauthorized Activities (Prevention) Act and other national security laws to make them conform to the basic principles of international criminal jurisprudence and the principles of natural Justice, to become effective instruments for tackling terrorism and other activities threatening the unity and integrity of the nation.