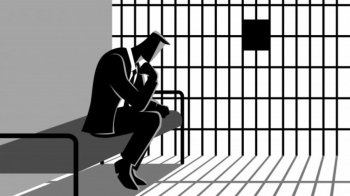 White collar crimes, defined as “a crime committed by a person of respectability and high social status in the course of their occupation” are on the rise. White collar criminals are quite dangerous because they feed off the weaknesses of the system, harming many, either directly or indirectly. Shamefully, the multi-crore school jobs scam recently unearthed in West Bengal is the latest. Since such economic crimes harm a large section of the masses, it is time to eradicate them by bringing the culprits to book swiftly. Evidently, the certainty of punishment, which is far more convincing and consistent than for its severity, would serve as a deterrent.

The private sector may provide ample career opportunities and growth, but for many, government jobs have always been the most sought after for a plethora of reasons - be it job security, societal status, social security benefits and so on. Over the years, with an intent to ensure uniformity as well as transparency in expeditious selection, Recruitment Boards/Public Service Commissions have been established in the Centre/States. As such, government recruitments must also meet the constitutional requirements of Article 14 and 16, which among others, stipulate equality before law and equality in matters of public employment. That is, in a nutshell, the State shall not deny to any person equality before the law or the equal protection of the laws within the territory of India. There shall be equality of opportunity for all citizens in matters relating to employment or appointment to any office under the State and no citizen shall, on grounds only of religion, race, caste, sex, descent, place of birth, residence or any of them, be ineligible for, or discriminated against in respect or, any employment or office under the State. There are well-structured rules, gazetted regulations and guidelines in vogue that specify no recruitment shall be made by public sector undertakings, autonomous bodies, societies, without following a transparent and due process, including publishing advertisements inviting applications from eligible candidates irrespective of class of the posts.

The stark reality is quite different.

Take the latest case in West Bengal. That at least 609 appointments in group D employees’ posts, 381 in clerical (group-C) posts and a yet-to-be determined number of posts for assistant teachers for classes IX and X at government-sponsored and aided schools in the State made during 2019-20 are illegal shows something is wrong somewhere.

The teachers’ recruitment scandal dates back to 2017-2018 when the West Bengal Central School Service Commission (WBCSSC, commonly referred to as the SSC) announced the results for the recruitment of 17,000 teachers and for 5,000 posts in the Group C and D categories. Instead of publishing merit lists with marks, candidates had to check individual scores and ranks online. The entire list with everyone’s score and ranking was unavailable initially. With the intervention of the Calcutta High Court, SSC published the list on 20 June 2019 and this literally stirred the hornet’s nest, so to say as many aspirants spotted candidates who scored lower marks had bagged appointments. Over 2,000 petitioners moved the Calcutta High Court, seeking a review of candidates appointed on recommendations by a “super committee” set up with the approval of then Education Minister Mr Partha Chatterjee. To cut the story short, the super committee comprising close aides of Mr Chatterjee allegedly recommended undeserving candidates. A committee headed by retired high court judge Justice Ranjit Kumar Bag appointed by a Division bench of the Calcutta High Court found anomalies in the recruitment. Those who got their jobs illegally have not only been sacked but ordered to return every rupee they received as salaries since appointment. A Minister’s daughter who had secured appointment illegally lost her job and directed to return 41 months of salary paid to her in two instalments.

This July 22, the Enforcement Directorate (ED) officials conducted raids in 13 places throughout the state including the residence of former West Bengal Education Minister Mr Partha Chatterjee and his close associate Arpita Mukherjee, a former model.  Rs 21.20 crore is said to have been recovered from Arpita’s residence apart from foreign currencies worth around Rs 60 lakh, gold ornaments worth around Rs 90 lakh, 20 iPhones, sale deeds of eight flats and documents of multiple high-end passenger vehicles. Two mysterious diaries recovered from her residence are under scrutiny. Besides Arpita, another close associate of Mr Partha,  Monalisa Das, Head of the Department of Bengali at State-run Kazi Nazrul University in Asansol in Burdwan district has been found to own at least 10 flats in Bolpur-Santiniketan in Birbhum district. Some shell companies with Arpita as director which have also been found which is suspected to route the collections from the teachers` recruitment scam to different channels.

Well the law will take its course.

The recruitment of 1,700 police constables in Himachal Pradesh is another scam. The written test was held on this March 27 after the fitness test of the applicants and the results were declared two months later. The marks of three candidates surprised the authorities as they had scored just 50 per cent marks in their matriculation examinations but topped the written exam for constable recruitment scoring 70 out of 90 marks. On inquiry it was revealed that the trio had purchased the question papers from unknown persons for amounts ranging between Rs 6 lakh and Rs 8 lakh. The State Government, declared the test as null and void and set up a Special Investigation Team to probe the matter.

So far three FIRS have been registered and chargesheets filed against 171 persons including 116 candidates, nine parents and 46 agents (21 from Himachal and 25 from various states). Notably the SIT found that agents of some interstate gangs had kept a close watch on every examination right from the issuance of notification. They roped in coaching centres to identify candidates who were willing to pay for having access to the question paper. One of the members of the gang, who worked as paper cutter in the printing press, where the question papers were printed, leaked only the final 80 questions and not the draft of handwritten 200 questions prepared by the paper setting committee. SIT is said to have identified around 100 candidates who had purchased the question paper. The owner of the printing press where the question papers were printed for the past five years including this time has also since been arrested and lodged in jail. 12 mobiles, storage devices and documents recovered from him have been sent for forensic examination. Reportedly, the call details and the bank accounts of the accused are being scrutinised. The exams were held for the second time on July 3 under stringent conditions. Out of 75,000 candidates who appeared, 2,336 candidates including 9,629 males and 2,707 females have been declared as qualified.

Another recruitment scam in Karnataka is worthy of mention. A notification was issued early last year to fill 545 Police sub-inspector (PSI) vacancies. Following physical tests, over 54,000 candidates appeared for the written exam across 92 centres in the State in January 2022. Two months later when results were declared, several irregularities first came to light after social media posts revealed that a candidate who had ranked 7th , had been awarded 121 out of 150 marks even though he had attempted only 21 questions as per the carbon copy of his OMR sheet.

The Crime Investigation Department probe that followed unveiled one of the biggest recruitment scams in the State, which saw lakhs given in bribes and the arrests of over 60 candidates, local politicians, and top police officials in the Karnataka Police recruitment cell, including its then chief Additional Director General of Police. How did it happen? According to reports, many candidates were helped by the invigilators. While such candidates left most questions unanswered on OMR sheets, attempting only what they knew, the invigilators later filled the rest with correct answers. Some candidates also use bluetooth devices and the question paper was leaked from examination centres to touts who had a panel of experts relay the answers to the candidates via such bluetooth devices. Despite deploying metal detectors at the centres, the Bluetooth devices ones used in the PSI recruitment exams were very small, skin-coloured and undetectable. According to news reports, some 30 aspirants had paid Rs 30 lakh upwards to help tamper the OMR sheets and get into the toppers’ list. Some of them had sold their land while others pledged their valuables to pay bribes. The recruitment process has since been annulled and fresh exams are to be conducted.

That there exists a surreptitious network of agents, greedy officials and leaders who thrive on the exchange of lakhs of rupees for jobs is mind-boggling. At the same time, it is hoped that the authorities in higher echelons of power swiftly act to nip the menace of white collared crimes by preventing their occurrence in the first place.

It is worthwhile to ponder over what the Gauhati High Court recently observed while hearing a recruitment scam in Assam Police where the written exam had to be cancelled as the question paper had been leaked through social messaging sites. “Recruitment scam in Government Service like the present one undermines public confidence in the system. It causes grave injustice to the deserving and meritorious candidates who burn midnight oil to get selected in the service. Such scams are, therefore, considered as anathema to public and societal interest”.