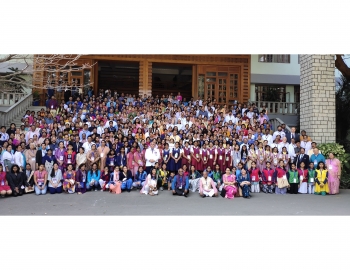 Rising energy prices due to the Ukraine war have accelerated the cost of living in many countries. According to the United Nations Secretary-General Antonio Guterres, 1.2 billion people have become vulnerable to crises in food, energy and finance as a result of the Ukraine war.

Although there were some security concerns for Russia due to the decision of Ukraine to join NATO, the imperial ambitions of Vladmir Putin seem to be responsible for the attack on Ukraine and starting a war that could have been avoided. Hence, the opening statement of the preamble to the Constitution of UNESCO is very much applicable to the Ukraine war. “Since wars begin in the minds of men, it is in the minds of men that the defences of peace must be constructed”.

In 1945, UNESCO was created in order to respond to the firm belief of nations, forged by two world wars in less than a generation, that political and economic agreements are not enough to build a lasting peace. Peace must be established on the basis of humanity’s moral and intellectual solidarity. The very purpose of organizing a Peace Convention at the national level every year by the National Peace Movement is to create moral and intellectual solidarity in favour of peace.

Vested interests in many parts of the world, including India, create conflicts and divisions on the basis of religion, caste, race, language etc., to polarize people to achieve their nefarious goals. If peace-loving people remain inactive and indifferent to the divisive and hateful forces in society, conflicts and violence are bound to increase. Believing in the dictum, “it is better to light a candle instead of cursing the darkness”, a small group of Rotarians in Indore resolved to organize a National Peace Convention in Indore in 2015. They decided to hold this unique event on 30th January, the day Mahatma Gandhi was assassinated, in order to keep up the legacy of the great champion of peace.

The very fact that people belonging to different religions, castes, languages and working in different professions coming together and interacting with each other in itself is a process of peace building. In the context of India being increasingly divided on the basis of religion, coming together of people belonging to different religions, castes and regions contributes to mutual understanding and bridge-building.

The process of the Peace Convention consists of talks by experienced persons from different areas of social involvement, sharing by persons who have made a difference in the society, sharing ideas on peace by students, and group discussion for preparing action plans. Value-based cultural programmes also constitute a part of the Peace Convention.

Some of the topics on which the participants will be listening to and discussing among themselves during the 2023 Peace Convention are the following.

Working for Peace in an Atmosphere of Hate by Mr. Thushar Gandhi

Peace through Service by Rtn. Dharmendra Joshi Inclusion of Differently Abled for a Peaceful Society by Rtn. Advocate Gyanendra Purohit.

Gandhi as a Leader for Peace by Prof. Mathai M.P.

How to Reduce Road Accident Fatalities by Rtn. Dr. K. A. Kuriachan

Gandhi: What Next? By Dr. Sugan Baranth

Role of Kasturba in the Independence of India by Dr. Bharat Chhaparwal

In the light of the input sessions and interactions with the speakers, the participants hold discussion in groups. An action plan to be implemented at the personal level and institution/organization level is prepared on the basis of the proposals emerged from the group discussion. The participants go back to their respective places with the action plan to be implemented in their respective areas.

The National Peace Movement is an inspirational body. Its purpose is to motivate and inspire people belonging to different age groups and professions to work for peace. It is the task of the individuals and the institutions or organizations they represent to plan and implement various activities to promote peace. The action plans prepared at the end of the Peace Convention are only some guidelines or suggestions to the participating individuals and organizations.

Taking inspiration from the National Peace Convention, seminars or conventions are organized at the regional and local levels. For example, Rotary Club Sonkach in Madhya Pradesh organizes a programme every year on October 2. This year also Rotary Club Sonkach is organizing a programme on October 2. Adarsh Rotary Club Indore is planning a peace conference on 5th November 2022 in Indore. Peace Clubs are formed in schools from which students participate in the Peace Convention. The Peace Clubs of students plan and implement various activities in their respective schools for promoting peace.

The Ukraine war with its negative impact at the global level reminds people of all countries to make efforts to prevent wars in future. National/Global Peace Convention organized by National Peace Movement is a humble attempt to motivate people to create an atmosphere of peace, understanding and harmony in their respective areas by reducing/preventing discriminations, prejudices, exclusion, hatred and enmity.  Peace-building is a continuous process, as John F Kennedy said. “Peace is a daily, a weekly, a monthly process, gradually changing opinions, slowly eroding old barriers, quietly building new structures.”