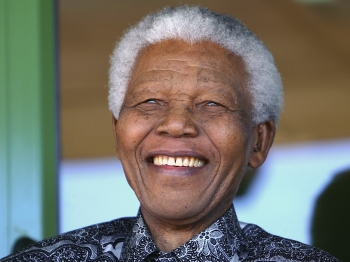 Bob’s Banter by Robert Clements A Nation that Needs Healing..!

Nelson Mandela taught the world a huge lesson on forgiveness when, emerging from prison after twenty- seven years and being elected president of South Africa, he asked his jailor to join him on the inauguration platform.

He then asked Archbishop Desmond Tutu to head an official government panel, with a daunting name; the Truth and Reconciliation Committee.

Mandela sought to defuse the natural patterns of revenge he had seen in so many countries where one oppressed race or tribe took control from another.

For the next two-and-a-half years South Africans listened to reports of atrocities coming out of the Truth and Reconciliation Commission hearings. The rules were simple: if a white policeman or army officer voluntarily faced his accusers, confessed his crime, and fully acknowledged his guilt, he could not be tried and punished for that crime. Hardliners grumbled about the obvious injustice of letting criminals go free, but Mandela insisted that the country needed healing, even more than it needed justice!

And because of one man’s spirit of forgiveness, today in South Africa, blacks and whites are learning to live together in harmony.

Maybe, its a lesson we in our country need to learn from. We have decided to keep August 14th as, “Partition Horrors Remembrance Day”. Yes, during partition the most unimaginable horrors were committed and memories of many of them live on. But it was on both sides. As much as they did to us, we did to them, and so, as many people across the border live in pain as there are here, but unless we as a country empty ourselves of the hate, those remembrances will impede our progress as a nation.

Our nation needs healing. By having such ‘hate remembrances’ we are igniting anger and hate that burned seventy-five years ago. We all know these are political moves, but now our leaders need to move beyond such petty politics. Then and only then will we become the democratic economic power we hope to be.

I love using EMPTY as an acronym which we all can use. The E is for us to Engage with those incidents or hurts that happened. Open it up, look at the festering wound, and remove the emotional memory that has a hold on us. M is to mend those areas that need healing. P is to prevent such emotions taking place of hate and anger. T is thanksgiving, that we as individuals are alive and kicking and as a nation, robust and healthy. The Y is to yield ourselves to a Higher Power, that will teach us how to infuse love and forgiveness into hateful situations or unpleasant memories.

Our country is a tolerant nation, and just as Nelson Mandela did, let us likewise do, because we need that healing touch, and it’s only we who can give ourselves that..!