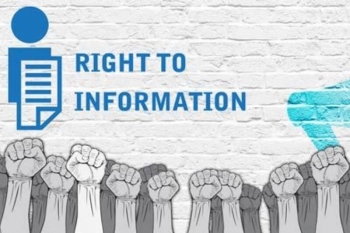 Emasculation of a Good Law

Enactment of the Right to Information Act, 2005 can be traced to the struggles of the Mazdoor Kisan Shakti Sanghatan (MKSS) since 1987, led by Aruna Roy and her husband Bunker Roy, both of whom gave up their bright career in the Indian Administrative Service, to work for people’s development, starting with Tilonia village in Ajmer, Rajasthan.  I had the good fortune to be instrumental in their securing some catalytic financial support for their parent organization Social Work and Research Centre (SWRC) from the Indo German Social Service Society where I worked in the 1980s.

The activist group fought for the workers and demanded that the government produce the necessary proof to verify the workers’ performance records.  After a series of protests, MKSS got copies of the rolls, which brought to surface the discrepancies between what was in the records and the actual wages paid to the workers.  Shocked by such glaring corrupt practices, the MKSS protested for the right to information.  This protest turned into a national movement leading to the passing of the Freedom of Information Act 2002 which became the RTI Act 2005.  A police station in Pune received the first RTI application in October 2005.

The RTI Act empowers any Indian to seek information on aspects related to governance from any Ministry or department under the Central and State governments on payment of Rs.10. The concerned official is liable to provide the information within 30 days of receiving such application. Before the advent of the RTI Act, disclosure of any such information was restricted by the Official Secrets Act.  Securing information under the RTI is a simple process.  It can be done either online or off line.  Nevertheless, some states have not still set up the online application process.  One can also apply through official website of RTI.  Rules for filing the RTI are different for each state.  Any Indian is free to ask answers from any Government department relating to any issue that affects him or her, like delay in getting an IT refund, driving licence or passport, or details of repair of a road or infrastructure project, completed or under implementation.  The Act enables students to get copies of answer sheets from the universities.  Information related to national security, defence etc. are, however, outside the scope of the RTI Act.

Vinita Deshmukh, Consulting Editor, ‘Corporate Citizen’, in an article in the Indian Express of January 31, 2021, says: “I still remember the ecstasy among scores of activists on October 12, 2005 when the RTI Act came into effect.  Thanks to campaigns by activists like Aruna Roy and Anna Hazare, word had spread far and wide and its use by citizens began.  On March 13, 2007, former journalist Vijay Kumbhar took Pune by storm, when he became the first citizen to inspect the files under Section 4 of the RTI Act.  Until then a citizen barging into a government office to demand information was unheard of”.

The first UPA Government headed by Manmohan Singh should be given the credit for enacting the RTI Act.  Nevertheless, that Government made the first attempt to dilute the Act.  The Cabinet secretly approved a set of proposed amendments to exclude file notes and add more exemptions to Section 8 to include Cabinet papers.  Activists, however, managed to procure a copy of the proposals and launched nation-wide ‘Save the RTI’ campaign. They sent post cards, signed petitions, and held street protests demanding that the proposal be dropped as these were contrary to the UPA Government’s promise of making the RTI Act more progressive and participatory. Sensing the adverse public mood, government backtracked.

In 2006, the government of the day was sensitive to the mood of the civil society.  But in 2019, the government of the day did not care about any such mood, despite the fact it came to power on the promise of corruption-free governance.  The Right to Information (Amendment) Act 2019 was passed in both Houses of Parliament without even a discussion and altering several key aspects of the law.  With the amendment, the RTI Act has been heavily undermined.  Most crucial is the disempowerment of the Information Commissioners (ICs) by the changes in the appointment rules.  The tenures of the Chief Information Commissioners (CICs) and Information Commissioners at both the Central and State levels have been reduced from 5 to 3 years.  Besides, while earlier, the salaries and allowances were fixed in the Act itself, these are now fixed according to the discretion of the government in power. This tends to make the officials concerned, at least to some extent, if not completely, beholden to the government.

Further, there have been long gaps in appointing Central and State Information Commissioners, as these officials only add to the headaches of the governments.  In 2019, Supreme Court made some adverse remarks on the lack of transparency in the appointment process and on the avoidable delay.  But these observations received scant respect from the executive.  Section 12(5) of the Act states that Commissioners be selected from among “persons of eminence in public life, with wide knowledge and experience in law, science and technology, social service, management, journalism, mass media or administration and governance”. In reality, as the ‘Report Card of Information Commissions-2019-20’ by Sartak Nagarik Sanghatan (SNS is an activist organization with special interest and expertise in RTI matters) and Centre for Equity Studies states, 84% of CICs have been from bureaucratic backgrounds, including 65% retired IAS officers.  There are several examples of politicians’ sky-dropping their preferred government officials for the post of Information Commissioner even if they are not that qualified or have not been shortlisted by the selectin committee.

Another major way in which the RTI is being undermined can be seen in the number of pending appeals and complaints.  As on June 30, 2021, 2.56 lakh appeals were pending with 26 information commissioners within the country.  According to the SNS report, it will take 6 years and 8 months to dispose of a matter in Odisha, for example.  Report of the SNS for 2021 cites several problems like unfilled vacancies, poor choice of commissioners, untrained staff and non-cooperative public information officers (PIOs) etc. which plague the commissions.  Apart from the general inexperience and un-professionalism of the PIOs, there are many instances of grave threats to the RTI activists, who seek information to expose corruption.

The demonstration in Delhi in September 2014, by RTI activists, including Dhananjay Dubey, brother of whistle blower Satyendra Dubey, who was killed in Bihar on July 22, 2003, is still fresh in our memory. In June ’22, a contractor was murdered in Vidisha, MP, for asking too many questions relating to the public works department.  According to the Commonwealth Human Rights Initiative (CHRI), across India, 99 RTI activists have lost their lives, 180 have been assaulted, and 187 were threatened since 2006.  In an article titled “Clouds over Sunshine Law” in the Indian Express of 3rd August ’22, by Yashovardhan Azad, a former IPS officer and Central Information Commissioner, states: “While the RTI is lauded in public, it faces fierce opposition from many within the bureaucracy and the law-makers, the two key stakeholders of the RTI regime… With CICs downgraded in rank, there will be fewer and fewer notices served to the heads of departments and senior officers to appear and answer queries.”

In the face of such heavy odds, can the RTI regime flourish or even survive?  Key stakeholders seem to be losing their enthusiasm and it is now up to the public, civil society, media, courts and finally the commissioners themselves to shore up the sagging morale of the RTI set-up.  Even now, RTI crusaders are unearthing huge amounts of information of public interest and a few commissioners, like Shailesh Gandhi, an ex-CIC, are standing tall, motivating and lending technical know-how, benefiting the public and society at large.  In human history, it is such few who had fire in their belly, fired the imagination of the many and ignited revolutionary changes. It is incumbent on NGOs, including Diocesan Development Societies and religious congregations, to  spread awareness about the RTI Act, motivate as many as possible to be crusaders of RTI and make use of the same for the benefit of the people they work with.