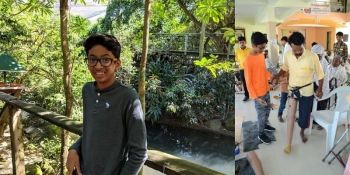 He Walks his Dream 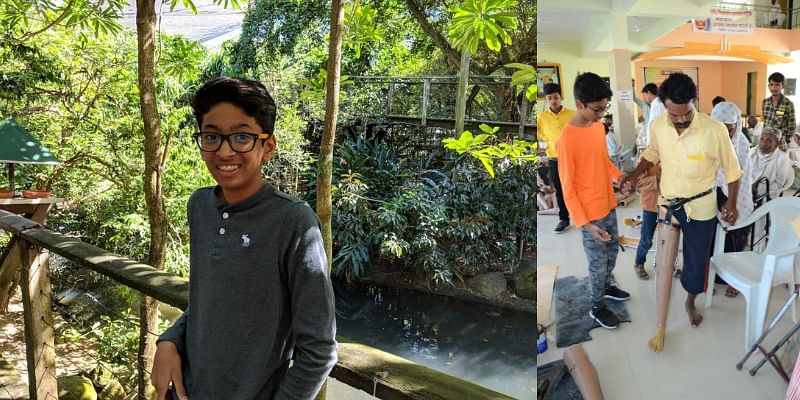 A fatal car accident fractured his thigh bone and tied the five year old kid to bed for days. Reeling in pain, Veer Agarwal couldn’t walk about like his companions.

Later the growing-up Veer was reminded of the agony he had experienced whenever he saw any lame kid. His parents treated him; but what about those who cannot afford to pay?

Veer learnt that in India there are eight crore people affected with physical disabilities; nearly 70 per cent of India’s disabled live in villages; most of them suffer from high level of stigmatization  with poverty and that disabled children are five times more likely to quit school than the national average.

His grandparents’ and parents’ involvement in some social action had influenced him. Veer also was inspired by the support given to needy students by Brother Joseph of Saint Catherine of Siena School and Orphanage at Bandra, Mumbai. Why can’t I do something for those who can’t walk, wondered the ninth grade boy studying in the American School of Bombay.

Veer learnt about the Jaipur foot from a distant relative and that one foot costs about Rs 5,000/.

His father and friends assisted him to open a website, vhelptowalk.org, for crowd funding.  He was surprised funds flooding in to aid the economically disadvantaged handicapped persons: a whopping 14 lakh rupees!

He organized a three-day Jaipur Foot Camp at Risod in Maharashtra, conducted by the Seth Bhagwandas J. Agrawal Charitable Trust, a non-profit organization. 350 poor people, who could not walk about, turned up for the camp. Doctors fitted 300 of them with the prosthetic leg. And those who could not be fitted were provided with free wheel chairs.

“The sheer joy I saw in the eyes of these people who could move around filled me with a deep sense of happiness and pride,” says Veer. “Many of them had lost both their legs. Some children at the camp were younger than ten years of age. I am very grateful to all those who funded the project,” says the excited Veer.

Thanking Veer and the organizers, beneficiary Devka Bhabhachine, expressed, “I hope that he continues his good work and reaches out to more people who need it.”

Veer wishes to aid more persons walk when he grows up. He says, “I believe that every human deserves a chance for a better future regardless of the circumstances they are born into. No disability should drag them behind.”