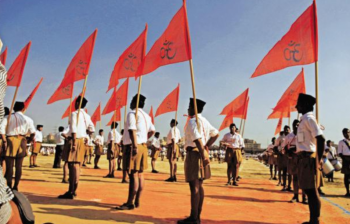 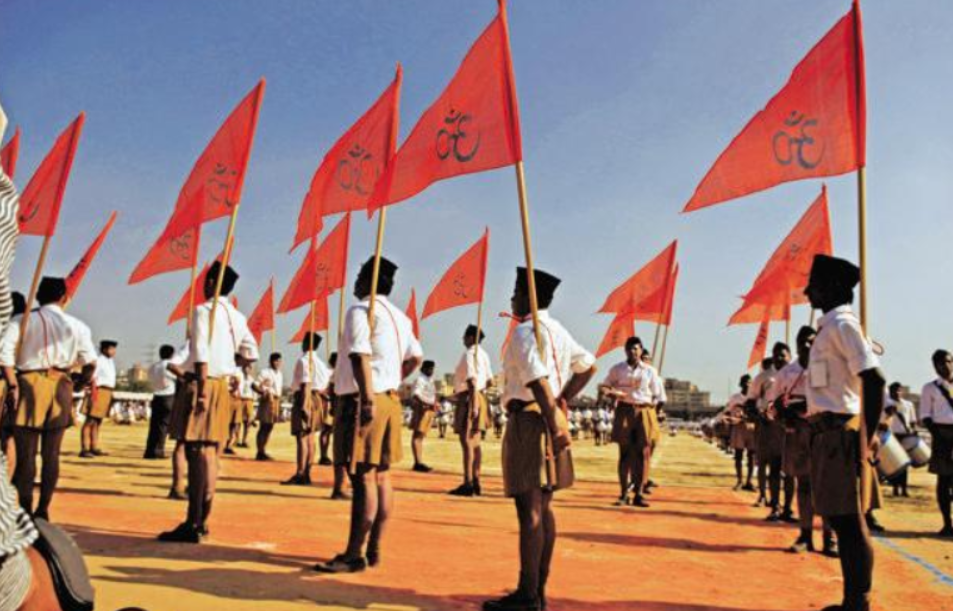 Word ‘anti-National’ has been more in vogue form since few years. Today, all those who criticize the RSS and its progeny are labeled as anti-National. As fountainhead of Hindu Nationalism, the RSS is becoming stronger in linking patriotism with religion. While hailing Hindus for their loyalty to this nation, the subtle hints are being circulated about Muslims in particular that they are loyal to Pakistan.

In a cleverly worded articulation, (HT Jan 02, 2020) the chief of RSS, Mohan Bhagwat said that Hindus are patriotic by nature due to their religion.  He also twists a sentence of Gandhi to state that Gandhi’s patriotism had its origin in Hindu religion, “All Indians worship motherland. But Gandhi said my patriotism comes from my religion. So if you are a Hindu then you will be an automatic patriot. You may be an unconscious Hindu, you may need awakening, but a Hindu will never be anti-India.”
Before analyzing the subtle hints hidden in this formulation, let’s understand that when the RSS began, its major ideologue M.S. Golwalkar was forthright in praising the Nazis and recommended the treatment for Muslims and Christians (Foreign religions, according to the RSS) on the lines which were used by Nazis for Jews.

Now as RSS is becoming more powerful through it multiple organizations like BJP, VHP, ABVP, Vanvasis Kalyan Ashram, and through its infiltration into different wings of state, media and education, it is using more subtle language, while communicating the same Hindu nationalist ideology. The meaning and content remains the same, which Golwalkar had outlined in ‘We or Our Nationhood Defined’, but the presentation is well decorated, subtle to the extent of confusing many in the society.

As far as Gandhi is concerned, for him religion was a personal matter. He did call himself as sanatani Hindu, but his Hinduism was liberal and inclusive. His religion had more to do with moral values. He derived his spiritual strength from all the religions, "I consider myself as good a Muslim as I am a Hindu and for that matter, I regard myself as equally good a Christian or a Parsi". (Harijan, May 25 197, page 164). There is respect and inclusivity for people of other religions in his practice of Hinduism. This is in total contrast to exclusivist, narrow understanding and practice of Hinduism of RSS, which is continuously raking up issues to frighten and intimidate people of other religions. As Gandhi’s practice of his religion was liberal and inclusive he could lead the people of different religions in the struggle against British rule.

He also did not connect religion and nationality or for that matter to patriotism. In that sense patriotism, love for one’s country and countrymen, is not rooted in the religion but in the ‘Nationhood’ which is not an outcome of religion for that matter. His use of word religion has two levels. One is the popular notion of customs, identity, faith etc. and the second, the morality inherent in the teachings of religion. Though he is very clear that morality is the core of religions, the likes of RSS or for that matter even the Muslim communalists (Muslim League etc.) take his use of the word purely at the level of rituals, holy places etc. only.

The ideologues, who are a part of Hindu nationalist outlook, close to the RSS mindset, are burning the midnight oil to dig fragments of sentences, not only from Gandhi and other national icons to present as if the values of these makers of ‘India as a nation’ had ideas similar to that of the RSS. In the process they retain the RSS ideology while trying to get more legitimacy by showing their similarity to the great icons of India’s freedom movement and the process of ‘India as a nation in the making’.

So now the formulation is that Hindus are naturally patriots and they can’t be anti-national. The other side of this is that the nationalism and patriotism of those belonging to other religions is under suspicion, subject to certification by those who have a monopoly of being patriots and nationalists, those claiming to represent Hindus.

This totally bypasses the great contributions of Muslims and Christians in making of modern India. Where do you place the millions of Muslims who followed Khan Abdul Gaffar Khan and Maulana Abul Kalam Azad who stood not only against British rule but also against the concept of partition of India? Where do you place the likes of Shibli Nomani, Hasrat Mohani, and Ashfaqullah Khan? How do you value the contribution of Allahbaksh who was instrumental in organizing the conference of Muslims to oppose the resolution for separate Pakistan by Mohammad Ali Jinnah? There were innumerable organizations formed by Muslims who rubbed shoulders with participants in the struggle for freedom movement.

In Independent India people of all religions have contributed with equal zeal in making of modern India, in all the fields of industry, education, sports, culture and what have you. Are they not patriots or nationalists?

On the other side this formulation of Mr. Bhagwat is a clever defense of the one trained in its shakhas who murdered Gandhi, Nathuram Godse. How do we label those who participated and led the demolition of Babri Mosque, which was called as a crime by the Supreme Court? As per Bhagwat do acts of killing of Gandhi, Kalburgi, Dabholkar, Gauri Lankesh and Govind Pansare fall in the category of patriotic acts? Where do so many Hindus involved in spying, smuggling, black marketing etc. are to be placed?

Interestingly as RSS is making a show of paying respect to Gandhi, its trained pracharaks and fellow ideologues and many of its affiliated organizations are openly paying respect to Nathuram Godse. We find tweets praising Godse are aplenty, mostly from Hindus, during the days related to Gandhi. It shows the ideological manipulation capability of the RSS. Only such an organization can simultaneously make the show of paying obeisance to Gandhi while quietly enhancing the ideology which led to his murder.