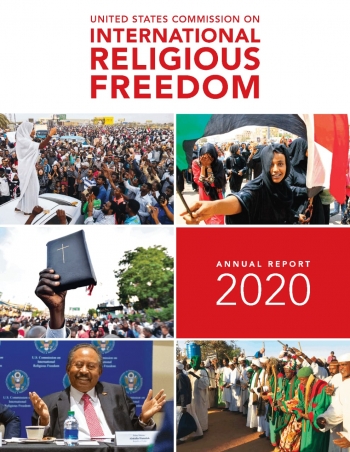 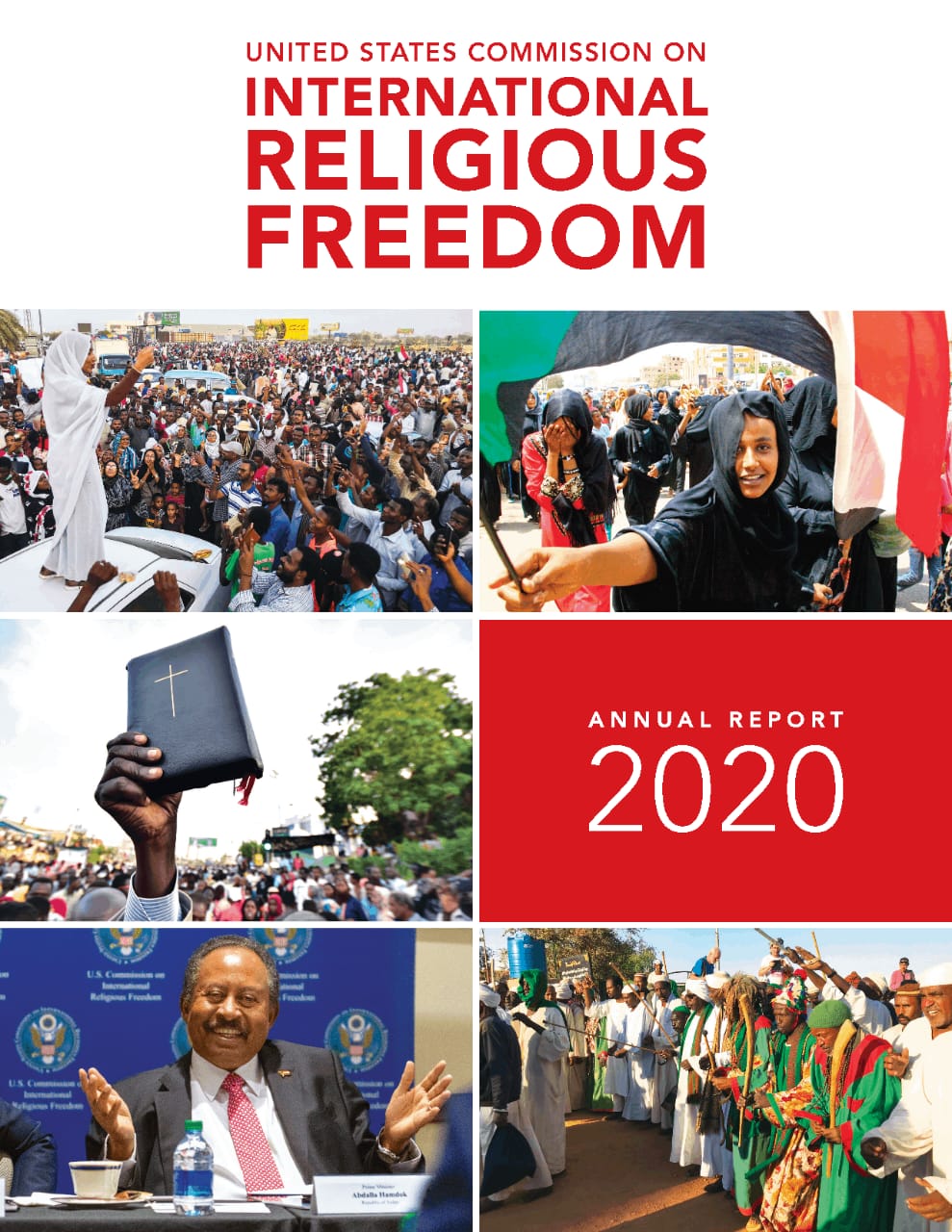 India figured high up   in the group of ‘56 countries’ which were referred to. On all counts, India is one of the very few democracies in the world today which pays scant attention to the religious freedom of her people – almost on par with dictatorial regimes. A real disgrace on the international forum!

The particularly long section on India is a scathing attack of how the Indian Government has been denying religious freedom to its minorities. In the Press Briefing during the release of the Report, Dan Nadel, Senior Official from the Office of Religious Freedom responding to a question on India said, “with respect to India first, we do regularly engage with Indian government officials at all levels, encouraging them to uphold human rights, obligations and commitments, including the protection of minorities in keeping with India’s long tradition of democratic values and its history of tolerance. And the best way to address that is to engage in that direct dialogue between government and civil society, including religious communities. So, with respect to India, I think there’s genuine opportunities there for the government to address some of the concerns they hear from Indian civil society, through a greater dialogue and engagement”.

The ‘Executive Summary’ on India provides a detailed and in-depth coverage of the systematic, consistent attacks and human rights violations on the religious minorities (particularly the Muslims and Christians) and also on the Dalits.

The report includes the actual happenings together with the date and other relevant information. A significant highlight is the communal violence which took in New Delhi in February 2020 in which fifty-three people were killed and several hundreds were injured – and most of them were Muslims. This violence was definitely State-sponsored. The Report noted quoting Human Rights Watch, “Witnesses accounts and video evidence showed police complicity in the violence, Muslim academics, human rights activists, former police officers, and journalists alleged anti-Muslim bias in the investigation of riots by New Delhi Police.”

The Report also highlighted the way Muslims were targeted when the pandemic COVID-19 broke out in India; hateful rhetoric during pandemic focussed on the Islamic Tablighi Jamaat organization which had organised an international meeting in Delhi. The Tablighi was held responsible for spreading the coronavirus and there was constant use of the words “terrorism” and “Corona Jihad” by the members of the ruling Bharatiya Janata Party (BJP) and some of the mainstream media outlets. The Report minces no words when it notes, “There were reports of religiously motivated killings, assaults, riots, discrimination, vandalism, and actions restricting the right of individuals to practice and speak about their religious beliefs”

The anti-CAA protests which rocked the country from the time the Government passed the Citizenship Amendment Act in mid-December 2019, also found prominent space in the Report. It stated that, “Parliament passed the CAA in December 2019 to provide an expedited path to citizenship for Hindu, Sikh, Buddhist, Jain, Parsi, and Christian migrants from Pakistan, Afghanistan, and Bangladesh who had entered the country on or before December 31, 2014. Similarly situated Muslims, Jews, atheists, and members of other faiths from these three countries were excluded from the CAA. As of late 2020, the government had not yet enacted rules to implement the CAA. Domestic and international media, NGOs, religious groups, intellectuals, and some political parties criticized the exclusion of Muslims from the legislation, sparking widespread protests. Activists, NGOs, and political parties filed petitions against the CAA on the grounds that it added a religious qualification to the country’s historically secular citizenship laws. None of the more than 100 legal challenges had been heard by the Supreme Court as of the year’s end. Commentators, members of some political parties, and activists said the CAA was part of an effort to marginalize Muslim communities throughout the country. They also questioned delays in hearing legal challenges to the legislation. The government stated the legislation facilitated naturalization for refugees from religious minorities who had fled neighboring countries due to religious persecution and that Muslims could also apply for citizenship through other mechanisms”.

India has also gained notoriety with its anti-conversion laws which are clearly violative of Article 25 of the Constitution which guarantees every citizen the freedom to preach, practise and propagate the religion of one’s choice. Perhaps the only democracy in the world which violates not only the rights of her people but also Article 18 of the Universal Declaration of Human Rights. On the anti-conversion laws which exist in some States the Report states, “Ten of the 28 states in the country have laws restricting religious conversion: Arunachal Pradesh, Chhattisgarh, Gujarat, Himachal Pradesh, Jharkhand, Madhya Pradesh, Odisha, Rajasthan, Uttar Pradesh and Uttarakhand. Chhattisgarh, Madhya Pradesh, Uttarakhand, and Uttar Pradesh prohibit religious conversion by “force,” “allurement,” or “fraudulent means” and require district authorities to be informed of any intended conversions one month in advance. Himachal Pradesh and Odisha maintain similar prohibitions against conversion through “force,” “inducement,” or “fraud,” and bar individuals from abetting such conversions. Odisha requires individuals wishing to convert to another religion and clergy intending to officiate at a conversion ceremony to submit formal notification to the government”.  In 2021, some States including Uttar Pradesh, Madhya Pradesh and Gujarat have introduced anti-conversion laws which are several times more draconian than the existing ones. It would be interesting to see what the US Report 2021 on India’s freedom of religion would contain.

The Report also details other areas where minorities are selectively targeted solely because of their religious beliefs; these include the Prevention of Cow Slaughter Act and the amendments to the Foreign Contributions Regulation Act (FCRA).

In October, the Allahabad High Court in Uttar Pradesh ruled that the state Prevention of Cow Slaughter Act “was being misused against innocent persons” and granted bail to a Muslim individual arrested under the act. One key point in the Report was its reference to Fr. Stan Swamy when it states, “On November 5, a National Investigative Agency (NIA) court in Mumbai extended the detention of Stan Swamy, a Jesuit priest and 84-year-old social activist, on sedition charges in connection with a violent demonstration that resulted in several deaths. NIA officers arrested him on October 8 at his residence on the outskirts of Ranchi, Jharkhand, and his communication with others during detention was strictly regulated. Swamy remained in jail at year’s end.” After languishing in the Taloja jail for almost eight months, on 28 May, Fr Stan was finally allowed by the Bombay High Court the possibility of receiving medical treatment for his deteriorating health, at a private Catholic Hospital for fifteen days.

Interestingly, more than a fortnight after the US State Department released this Report, the Government of India has not bothered to comment on it leave alone issue a rebuttal; besides none of the mainstream media (most of it is still highly ‘godified’ – mouthpiece of the Government) have thought it necessary to make it part of the news.

A few weeks earlier on 22 April the US Commission for International Religious Freedom released its Annual Report 202. The Report said that, “religious freedom conditions in India continued their negative trajectory. The government, led by the Bhartiya Janata Party (BJP), promoted Hindu nationalist policies resulting in systematic, ongoing, and egregious violations of religious freedom.” It particularly noted the passage of the “religiously discriminatory” Citizenship Amendment Act.  The report indicated that there was seeming police complicity in the Delhi riots; adding, “At the beginning of the COVID-19 pandemic, disinformation and hateful rhetoric—including from government officials—often targeted religious minorities, continuing familiar patterns.” Further, the report alleged that “government action including the acquittal of all individuals accused of demolishing the Babri Masjid Mosque—as well as government inaction to address religious violence contributed to a culture of impunity for those promulgating hate and violence toward religious minorities”.

The recommendations of the USCIRF to the State Department on India were scathing:

i.     It has recommended the US government to designate India as a CPC for engaging in and tolerating systematic ongoing, and egregious religious freedom violations.

ii.    The US Government must impose targeted sanctions on individuals and entities responsible for severe violations of religious freedom by freezing those individuals’ or entities’ assets and/or barring their entry into the United States.

iii.     It has recommended the US administration advance the human rights of all religious communities in India and promote religious freedom, dignity and interfaith dialogue through bilateral and multilateral forums and agreements.

v.     The US Congress should continue to raise religious freedom concerns in the U.S.-India bilateral relationship by hosting hearings, writing letters and constituting Congressional delegations.

On expected lines the Indian Government rejected the USCIRF Report. A spokesperson from the Ministry of External Affairs went on the offensive saying, "Our principled position remains that we see no locus standi for a foreign entity to pronounce on the state of our citizens' constitutionally protected rights" So why the Government of India has not responded to the State Department report is a big guess! India cannot be selective in its foreign policy: buying rafale jets from France or arms and ammunition from the United Sates is also an ‘interference’ in the internal affairs of our country; The Prime Minister going to Texas to canvas for Trump for another term of Presidency is also ‘interference’ Hypocrisy., one-sidedness and double talk only lays bare the insidious agenda of a fascist regime.

India’s   foreign minister is currently in the United States and in an absolutely pathetic statement has said that India is being maligned on the international stage. Quite a joke indeed! If there is any one maligning India today -it is only the ruling regime and their henchmen: in a systematic way they have attacked and destroyed all that   is precious in India: Constitutional Rights, democratic values and the pluralistic fabric.

The US State Department’s ‘2020 International Religious Freedom Report’ – should there be an important reminder to the ruling regime that in a democracy the freedom of religion is not only a right but also sacred. In the words of Mahatma Gandhi, “I do not expect India to develop one religion, i.e., to be wholly Hindu, or wholly Christian, or wholly Muslim, but I want it to be wholly tolerant, with its religions working side by side with one another.”

Whether those in power have the ability to listen and the courage to change – is another question!