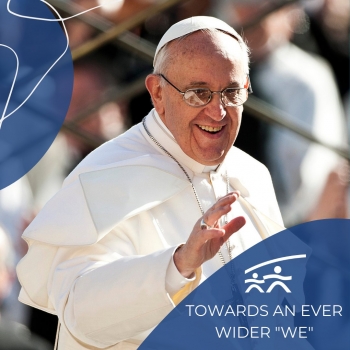 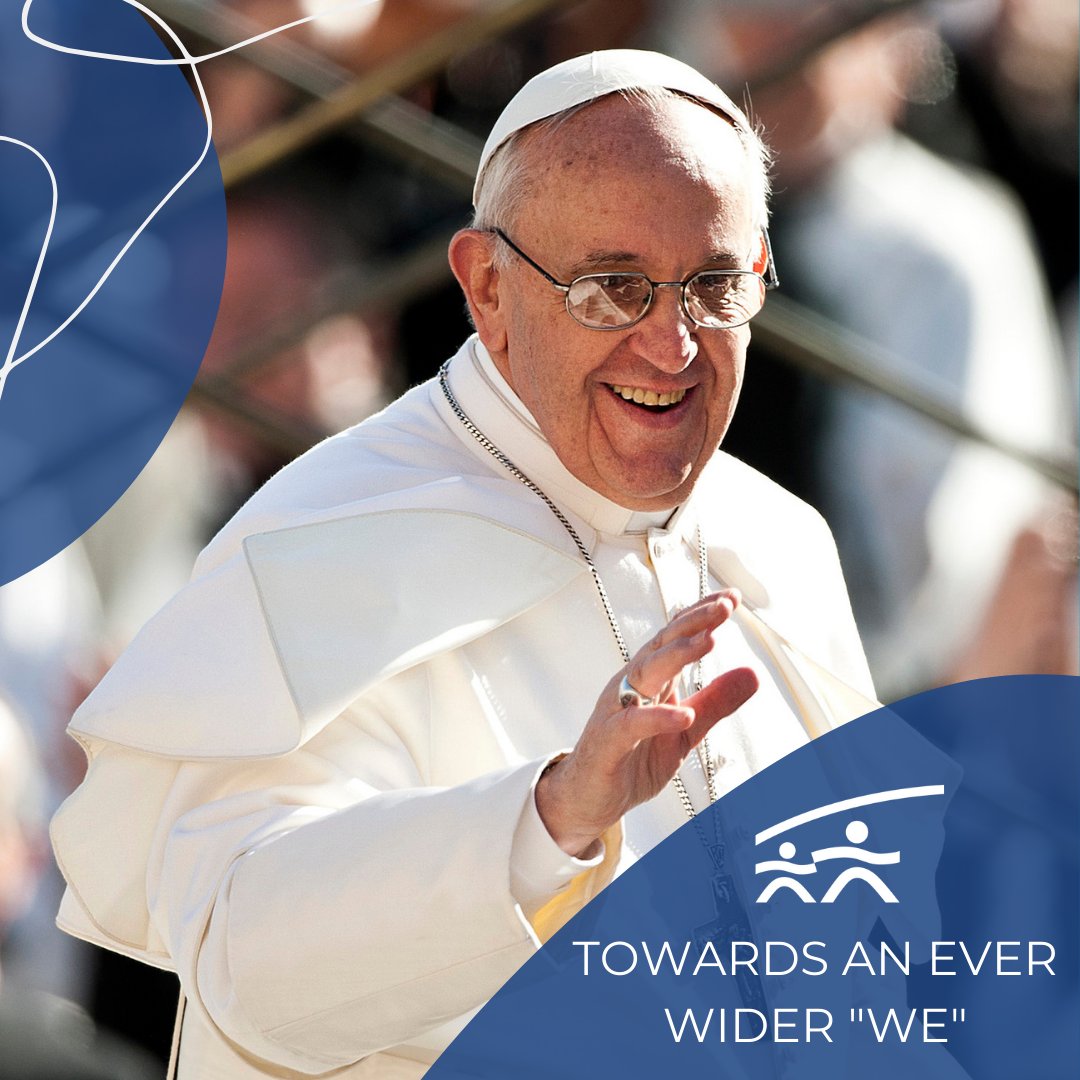 Assam is in the news again: on 23 September 2021, two civilians were killed and several others including nine policemen were injured in violence during an eviction drive in the State’s Darrang district. The so-called ‘eviction drive’ by the State Government is another blatant effort to ‘weed’ out ‘foreigners’ (read ‘Muslims’) from the State.

Assam has not stopped targeting the Muslims (who comprise about one-third of the State’s population. Already in August 2019 the National Register of Citizenship (NRC) omitted 1.9 million people.

In an exhaustive but insightful article in the New York Times (15 September 2021), ‘They Are Manufacturing Foreigners’: How India Disenfranchises Muslims’, Siddhartha Deb writes, “the Hindu right has long identified border regions like Kashmir and Assam as places to raise the specter of a Muslim threat. But while Kashmir has often been used to conjure the danger of secession, Assam represents, in the rhetoric of Hindu extremists, a more insidious menace — that of a steady, cross-border influx of Muslims guaranteed to make Hindus a persecuted minority in their own country. Assam is largely peripheral to historic Indian civilizations as well as to modern India — Guwahati lies more than 1,000 miles east of Delhi, with China and Myanmar far closer. Yet Assam has become central to the question of who is — and who is not — entitled to be a citizen in India.”

David Campton, a prolific British dramatist, wrote an apparently innocuous, straight- forward and simple one-act play in 1972, entitled ‘Us and Them’. The play begins innocently enough with two groups of wanderers looking for an ‘ideal’ place to settle. They do find this ‘ideal’ place in the midst of environmental grandeur.

Ironically, their ‘places’ are adjacent to each other. After mutual agreement they draw a line (what all of us humans will find simply natural and practical) demarcating their respective territories.  No problem for some time; soon however, the line becomes a fence, the fence becomes a wall, and the wall grows in size until neither side knows what the other is doing (on the ‘other side’ of the wall)

Naturally, they keep wondering! They start ‘jumping to conclusions. In a matter of time, their thoughts turn to suspicion and their suspicion to mistrust and mistrust to fear, with each side believing that the other is hatching a plot against them. As fear takes hold, both sides unknowingly make preparations for ensuing conflict until eventually it becomes violent. In the end, two survivors, looking at the waste they have inflicted on one other, conclude, “the wall was to blame”. The play was reflective of the growing polarisation and divisiveness that had seized several nations and groups at that time of history. It was a play meant to ridicule the abysmal depths to which human nature can fall; to highlight the absolute stupidity yet the pain which exists in society!

Campton’s play is so reflective of what is happening in India today: of how divisiveness and polarisation, jingoism and xenophobia have gripped several sections of society. Thanks to the venomous hate speeches spewed out by politicians (particularly from the ruling regime) and sadly enough even by some Catholic Bishops.  A significant section of society has now become ‘Us and Them’; the tendency is to exclude the other: by what they eat or wear, read or see, believe or profess, the colour of their skin or their ethnicity. Even sacred terms like ‘jihad’ are used in a derogatory way to cast aspersions on the other.

It is in this painful context that Pope Francis’ message Towards an Ever Wider “We” for the 107th World Day of Migrants and Refugees which is observed by the Catholic Church on 26 September 2021 makes not only tremendous sense but provides a definite direction for all who would claim to be disciples of Jesus. The opening words of his message makes his intention clear, “In the Encyclical Fratelli Tutti, I expressed a concern and a hope that remain uppermost in my thoughts: “Once this health crisis passes, our worst response would be to plunge even more deeply into feverish consumerism and new forms of egotistic self-preservation. God willing, after all this, we will think no longer in terms of ‘them’ and ‘those’, but only ‘us’” (No. 35). For this reason, I have wished to devote the Message for this year’s World Day of Migrants and Refugees to the theme, Towards an Ever Wider “We”, in order to indicate a clear horizon for our common journey in this world”.

The Pope continues his message with a brief history of salvation and the importance of ‘we’ as it unfolds. He uses strong words when we says, “Our “we”, both in the wider world and within the Church, is crumbling and cracking due to myopic and aggressive forms of nationalism (cf. Fratelli Tutti, 11) and radical individualism (cf. ibid., 105). And the highest price is being paid by those who most easily become viewed as others: foreigners, migrants, the marginalized, those living on the existential peripheries”.

Pope Francis has made the care and concern for refugees and migrants a hallmark of his papacy. His homilies, messages and talks constantly refer to their plight. Recently as the Afghan crisis unfolded he called upon everyone to help those who have been so tried, especially women and children, saying solidarity brings coexistence and peace. He said that in historic moments like these, we cannot remain indifferent, specially to those who become victims of the crisis and have to seek refuge elsewhere.

His message therefore focuses on a Church that is more and ‘Catholic’! This perhaps will not go down well with some of the ‘holy’ Catholics of today – who have made exclusivity a trademark of their rather unchristian ‘Catholicism’. With his usual candour, Pope Francis minces no words saying, “In our day, the Church is called to go out into the streets of every existential periphery in order to heal wounds and to seek out the straying, without prejudice or fear, without proselytising, but ready to widen her tent to embrace everyone. Among those dwelling in those existential peripheries, we find many migrants and refugees, displaced persons and victims of trafficking, to whom the Lord wants his love to be manifested and his salvation preached”.

There is the example of a young Christian woman from Pakistan: as a child she was neglected and rejected. She married a Christian man when still not out of a teen; the marriage turned to be an unhappy one, she ultimately separated from him with the two children she bore. A few years later she met an Indian Christian widower (with a daughter) on an online portal. She ultimately came to India with her two children, they married in the Catholic Church, and the couple lived happily with the three children. Thanks to the affluence of the husband, the family was well received and popular in the community. Unfortunately, tragedy struck with the husband succumbing to the pandemic. There was a spontaneous outpouring of sympathy and material help for the bereaved widow and the three children.

Greed for the deceased’s property however, got the better of a relative of the dead first wife of the deceased. He first tried to take guardianship of the minor daughter which was refused by a Court. He then filed a complaint saying that the Pakistani woman was living in India based on fraudulent documents. The truth is that whilst she entered India legally, her deceased husband had managed to get her other official Indian documents based on some fake certificates. She was totally oblivious of this fact. She was first jailed for a month but is now out on bail waiting for her trial to begin. In the meantime, she gave birth to another child now from her late husband. Ever since she was jailed, with the exception of just two or three, the Christians have shunned her like a pariah; there is very little material help coming and practically no signs of solidarity; however, there are rumours, gossip and derogatory remarks. It could be because of a ‘misplaced fear’ but certainly far from what is expected from a disciple of Jesus. Pope Francis surely has instances like these in mind when he calls upon the Church to become more and ‘Catholic’

Speaking on the challenges which face refugees today, Fr Stephen Raj SJ the South Asia Regional Director of the Jesuit Refugee Service says, “the new influx of Myanmar Chin refugees in large scale in Manipur and Mizoram face untold hardships for survival. They are in pitiful condition and facing acute hardship in terms of food, clothing, shelter, medical aid and protection. For them to reach New Delhi based UNHCR to apply for asylum seekers or refuge permits travelling thousands of kilo meters without any permits at this time of covid is the biggest challenge. Without refugee identity they remain illegal and undergo constant threat of harassment and detention. The plight of refugees or forcefully displaced people is becoming horrendous and appalling with the pandemic. It has exacerbated the preexisting vulnerabilities of the refugees. The refugees need well integrated and comprehensive rehabilitation program to address their issues to foster life and promote their dignity”.

In the final part of his message Pope Francis calls for “an ever more inclusive world” saying “Ours must be a personal and collective commitment that cares for all our brothers and sisters who continue to suffer, even as we work towards a more sustainable, balanced and inclusive development. A commitment that makes no distinction between natives and foreigners, between residents and guests, since it is a matter of a treasure we hold in common, from whose care and benefits no one should be excluded”. He ends with a dream “We are called to dream together, fearlessly, as a single human family, as companions on the same journey, as sons and daughters of the same earth that is our common home, sisters and brothers all”

Do we dare dream together and courageously as “WE” to be authentic disciples of Jesus in our world today? … be it for those in Assam, or the Chins or the Pakistani woman – or for that matter any migrant and refugee in our midst?