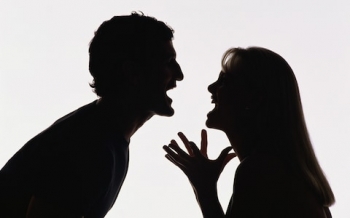 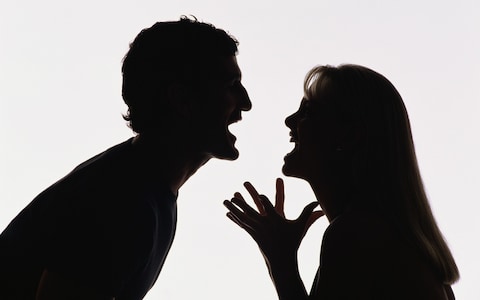 It is believed that marriages are made in heaven and the institution of marriage is greatly revered across nations. An Ecuadorian couple (110-year-old husband and his wife six years younger to him) who recently celebrated their 80 wedding anniversary attributed love, maturity and respect for each other to be their recipe towards achieving a long and happy marriage.

It is also a cause for concern that matrimonial disputes are on the rise in recent years. Some marriages seem to break up in no time like what happened to a couple in a Middle East country last year where the woman was divorced just after three minutes of marriage.

Although marital infidelity, job loss, financial strain, unrealistic expectations, among others may trigger matrimonial discords, the situation leading to separation or divorce can create a plethora of psychological, social problems including short and long-term health problems.  Men are more likely to feel anger and rejection. Women may suffer more from financial support and loss of status. However, both men and women face harrowing experiences in trying to deal with “divorce stress syndrome” during and after a split. Having studied more than 8000 people, American sociologists have concluded that the shock and disruption caused by the ending of a marriage can cause much anxiety as also damage the immune system which makes them vulnerable to avoidable chronic diseases.

In India, there are no official statistics related to divorce and separation. But many women who are divorced by their former husbands have to fight it out legally in order to receive maintenance in order to support themselves and their children. Even as a married woman can claim maintenance under various laws like the Criminal Procedure Code, 1973, the Hindu Marriage Act 1955, the Hindu Adoption and Maintenance Act, 1956 and the protection of women from Domestic Violence Act 2005 and the Special Marriage Act, 1954, most often the former husbands seem to try every possible means to reduce the maintenance payments or delay it.

Courts have held that maintenance is dependent upon factual situations and it should mould the claim for maintenance based on various factors brought before it. The maintenance amount awarded must be reasonable and realistic, and avoid either of the two extremes i.e. maintenance awarded to the wife should neither be so extravagant which becomes oppressive and unbearable for the respondent, nor should it be so meagre that it drives the wife to penury. The sufficiency of the quantum has to be adjudged so that the wife is able to maintain herself with reasonable comfort.

In a path breaking judgment on 4 November this year the Supreme Court of India while deciding a criminal appeal in Rajnesh versus Neha, has framed guidelines for determining the quantum of interim maintenance to be awarded during pendency of matrimonial matters from the day it had been filed. The wife had left the matrimonial home in 2013 shortly after the birth of her son. Based on her application for interim maintenance on behalf of herself and her minor son, the Family Court had awarded interim maintenance of Rs 15000 per month to her and Rs 5000 per month for her minor son from September 2013 to August 2015 which was revised to Rs 10000 per month from September 2015 onwards till further orders were passed in the main petition. The wife’s plea for maintenance dragged through various courts for seven years until it reached the Supreme Court. The husband admitted and acknowledged before the Apex Court that an amount of Rs.5,00,000 was pending towards arrears of maintenance but submitted that he was presently unemployed and was not in a position to pay maintenance.

The Court noted that the objective of granting interim/permanent alimony is to ensure that the dependent spouse is not reduced to destitution or vagrancy on account of the failure of the marriage, and not as a punishment to the other spouse. Maintaining that there was no straitjacket formula for fixing the quantum of maintenance to be awarded, it has laid down a number of criteria for calculating the quantum of maintenance. Notably, detailed affidavits disclosing all sources of income at the time of application of maintenance has to be filed before the court. So, husbands will not be able to dispose of assets during the pendency of matrimonial cases. The maintenance which is to be paid from the date of filing of the petition will have to include the basic needs of the wife, expenses of children and ought to factor in inflation while calculating the alimony amount. In case the woman had given up her job after marriage to look after the children, the loss of that income must also be factored in the maintenance payable.

There is an imperative need for effective implementation of the latest guidelines as this will go a long way in ensuring that the quantum of alimony is computed fairly. Most importantly it will benefit many women who are solely dependent on their husbands for maintenance for they  will not be deprived of their rights after separation.