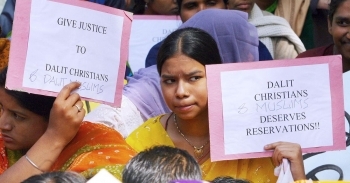 Cry for Justice, not Mercy 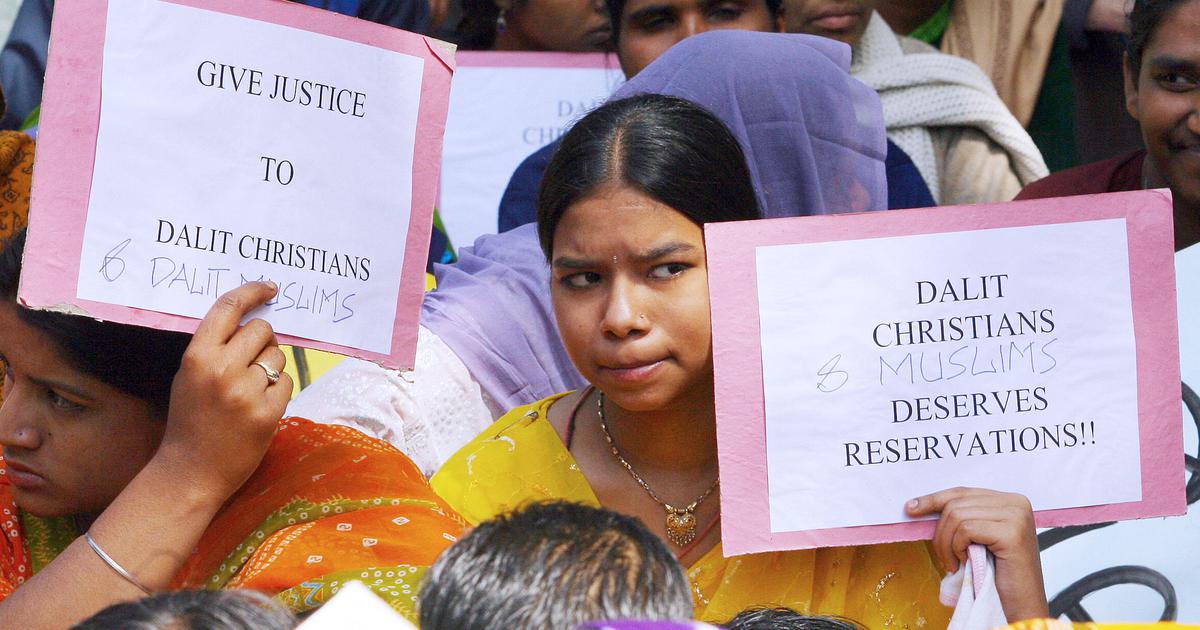 Dalits, in every religion, face discrimination. The intensity of bias may vary, but its sting is felt, in one or other form, in every religion and community. It was this untold unfairness that led to one of the largest conversions ever happened in the history of India. Dr. B. R. Ambedkar led 3,65,000 of his followers to leave the Hindu-fold and embraced Buddhism. Of course, there had been umpteen initiatives in Independent India to put an end to the Dalit subversion and unfair treatment meted out to them. It is in this context one has to look at the plight of Dalit Christians. The issue has layered nuances that touch upon various aspects of their life, and we are restricting the topic with reference to the Catholic Church only.

To start with, one burning issue that continues to strangulate their identity as Christians is the segregation they face in the Church and its related institutions. It is ridiculous, and most uncharitable, that Dalit Catholics, in churches, are barred from occupying seats with their high caste counterparts. Even more outrageous is the practice of disallowing them to be buried in the same cemetery where non-Dalits are entombed. It is nothing less than the burial of the fundamental Christian values of love, justice and mercy. The CBCI document on Dalit Catholics does accept the existence of these unchristian practices in the following words: “Social segregation extends to the sphere of worship and religious rituals, with separate churches and priests being almost the norm among Dalit Christians. Subordination in churches as well as insistence on separate burial grounds is not uncommon.” But the Church hierarchy has failed to find a solution to this vexed problem.

Dalit empowerment can come only with education and enhanced skills. It is the stepping stone to better career opportunities, improved economic status and better living standards. The Church recognizes this in its document stating that "No Catholic child, Dalit/tribal or otherwise, should be deprived of quality education because of a lack of means… We make this preferential option, even if in this process academic results suffer. All Catholic schools, whether run by dioceses the religious, corporate bodies or individuals, are expected to participate in this project.” But the question lingers on: Has this ‘prescription’ found its way to the campuses run by the Church or institutions linked to it? Many considerations seem to have subverted this benign proposal. Till it happens, the ills affecting the Dalit Catholics will not be remedied in the near future.

Dalit Catholics suffer from lack of remunerative employment opportunities, especially due to the government’s irrational decision to deny job reservation for them. This is despite the Supreme Court’s acceptance that caste discrimination continues even after conversion. The denial of reservation to them is the single most injustice to this community. Though the Church is taking up cudgels on this issue, it has not reached anywhere in the face of a stubborn government. Hence, a more practical approach would be to do whatever possible within the Church in appointments. Let there be a commitment on its part that it would set apart a certain per centage of its appointments for Dalit Catholics. Here the policy document is clear in its objective: “Proportionate representation is to be ensured to the eligible Dalit Christian candidates in jobs, at all levels, in all Christian institutions.” Are the authorities concerned listening to this dictum?