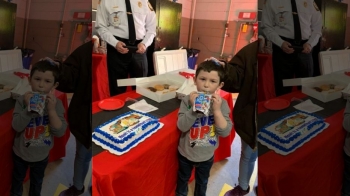 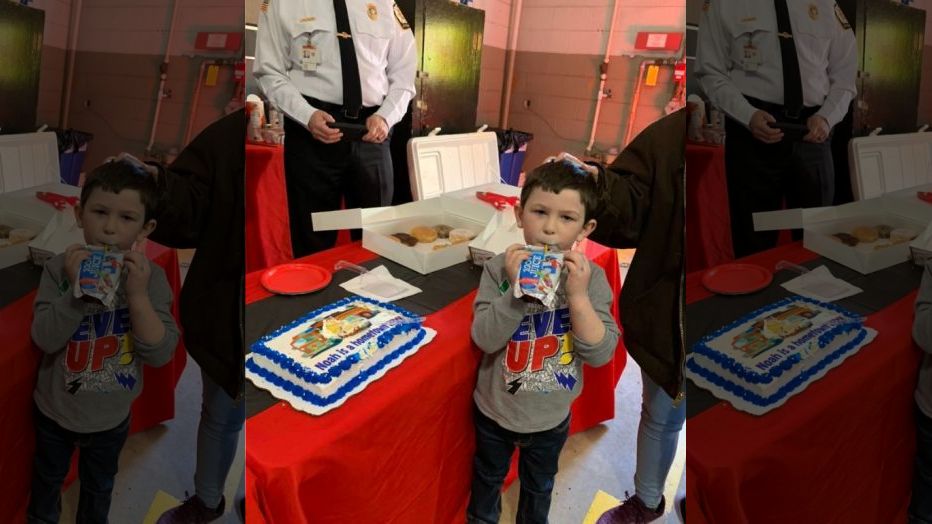 The sleeping kid smelt some smoke. Fire was emanating from the overloaded electrical outlet in his room. Then he saw the fire spreading in his house.

His two-year-old sister too was sleeping on the same bed. The five years old boy didn’t panic. Noah Woods got out of the bed. It would be too late to wake up his parents sleeping in another room.

Noah picked up his sleeping sister. Through the only opening, the window, he got Lily out of the house.

Then he noticed the family dog too was sleeping there. The little boy reentered the room; pulled the dog out to safety.

Six of his family members, including his parents and grandparents, were sleeping in the other rooms of his house. But Noah could not enter there.

Quickly he sprinted to the next house where his uncle’s family lived. He woke them up. They rushed to wake up the rest of his family members.

They summoned the fire brigade immediately. They rushed to Bartow County to extinguish the fire. They also treated the injured members for minor burns and smoke inhalation.

“If it wasn’t for Noah, we may not be here today,” acknowledged his grandfather David. “By the grace of God, all nine of our loved ones were able to get out of the house. Nobody got seriously hurt. We got smoke pup a little bit, but we’re all still alive,” narrated the elderly man.

Recognizing the alertness and bravery, the firefighters honoured the little boy with a life saving award – an award reserved for professional rescuers.  The chief of the Fire Department, Dwane Jamison said, “We have seen children alert their families. But it’s pretty extraordinary for a five year old to be alert enough to do this.”

For his concern to save the dog too along with his family members, PETA gave him ‘A Hero to Animals Award’. PETA director Rachell Owen said, “PETA hoped his kindness and bravery will inspire people of all ages to remember their animal companions during emergencies.” Besides the framed award certificate, PETA also sent dog toys and treats to little Noah.

Hearing this, Brian Kemp, the US Governor of Georgia, sent a framed letter of appreciation to the boy.

The amazed Noah reacted, “I picked Lily up, got to the window with Lily, got the dog and got out. That’s it.”

The fire had left the Woods’ house uninhabitable. The family did not have the insurance either. The community provided them temporary residence and raised the money to purchase the things lost in the fire and to build up their house.

Noah Woods has shown that a five year old kid too can be a hero!

“We worry about what a child will become tomorrow, yet we forget that he is someone today.”   — Stacia Tauscher, dancer and artist