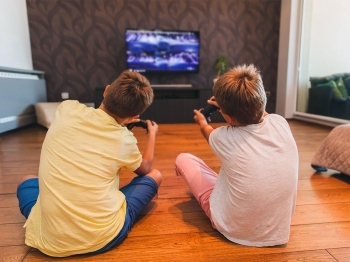 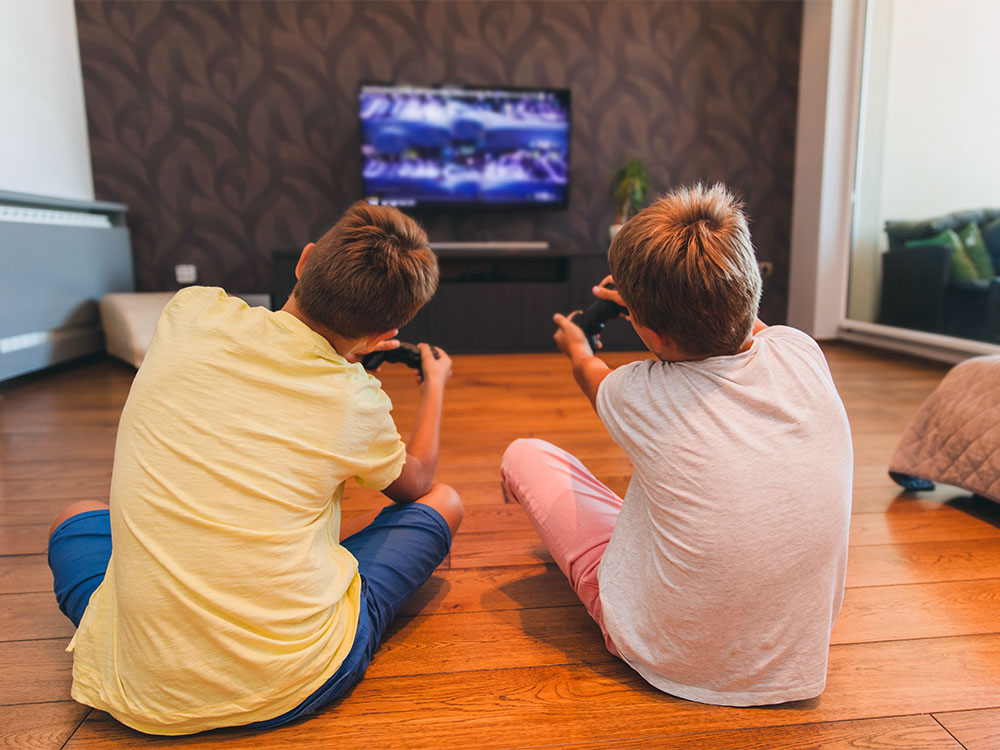 Picture this. A group of school boys are seen sitting on the ground hooting one another while constantly looking at their mobile phone and pressing the keypad a little aggressively. Two of them appear to be the team leaders. Others are encouraging them so that they can win the game. After all, the loser is supposed to give a pizza treat to the winner. All of them are waiting anxiously for their favourite pizza.

In a few minutes, what appears to be a pleasant site wears a shoddy look. The loser gives a punch to the winner, instead of a pizza. This triggers a huge fight, with the boys getting injured badly.

The next scene shows the parents of both boys at the police station. Instead of counselling them, the parents are seen requesting the Station House Officer (SHO) to lodge a police complaint against each other’s child, without thinking that it may spoil their future. The SHO, instead, counsels the parents and the boys, thinking that they will mend their ways.

What do you think might have happened? Why did the boy and the girl have a unique rectangle-shaped cut on their bodies? Well, that was the condition of an online video game for crossing a level. It was necessary to kill a human being first, then place a 500-rupee note on the stomach of the dead body and run a pizza cutter for getting the rectangular cut!

This story was telecast on Sony last week as a part of a special series “Gumnaam Bachpan” (Lost childhood) being run by the Crime Patrol to make the parents aware about the side effects of online video games. The story was horrifying, to say the least. A sensible parent would have received a sleepless night after watching the episode.

Being the mother of a 10-year-old, this writer has closely observed the changes a child undergoes while playing video games. Children usually get agitated if parents try to stop them from playing games online. Sometimes, the agitation takes a violent shape, with punching the parent or throwing things in a fit of anger. At times, they take extreme steps too.

For instance, a boy in Puducherry recently killed his father just because he stopped him from playing games. Another 16-year-old boy was brought dead to a hospital. He had a brain haemorrhage, as he played “free fire” continuously for hours. One can imagine how these games affect the mental and physical health of children.

Unfortunately, the pandemic has deprived the children of their favourite place – the playground where they had a sense of companionship while playing with their peers. They are not able to vent out their energy in a positive manner. Instead, video games have started ruling their minds.

As of today, India has more than 433 million users. Clearly, it is the second largest country after China. A recent estimate shows that the online gaming industry is likely to grow exponentially to 657 million users by 2025 with a projected revenue of Rs. 29,000 cr. from India alone.

When other sectors were badly affected during the lockdown, the gaming industry was booming. In fact, India grabbed the first position in terms of downloads of games during the first nine months of the lockdown. India registered a 17 per cent market share with more than 60 per cent of the users falling below 25 years of age. On an average, a user spends more than four hours on a daily basis for playing a game. One can imagine how fast it is captivating young minds. It is pertinent to mention that 90 per cent of these games are violent in nature.

A number of studies conducted by researchers from several countries, including China, from where most of these games are created and pushed online, have shown a direct relation of online video games with increased violence, aggression and hostile behaviour. Not only this, these games have a tendency to reduce the sensitivity of the players towards violence. Many a time, the users will not be able to understand what violence is. For them, the reaction of a character in a game is generally considered as the new normal.

In other words, children in such cases are not able to make a choice. The surreal world of video games acquires more importance than what they see in reality. Now imagine, the demographic dividend, that we talk about, turning into an extremely violent clan or dying a silent death!

A lot has been said that these games promote team-building, decision-making, leadership and analytical skills too. But the negative effects of these games are way beyond the positive ones.

The world health organisation (WHO) has listed “gaming disorder” as a disease in its list of “International classification of disease” while acknowledging the purgatory powers of these video games. Despite this, governments all across the world have not taken any concrete action to regulate these games. Even the US Supreme Court refused to regulate games quoting it against the “freedom of speech”. Hence, the responsibility of controlling a child’s tendency for playing games lies only with the parents.

A few years ago, “Blue Whale” another online game had made headlines when young children had started committing suicide. The game enticed young minds to take challenges as directed by a virtual administrator called the “master” over a 50-day period. Soon, it was banned. Similarly, a few years ago, the government of India banned Players Unknown Battleground (PUBG) along with 117 other Chinese apps. In fact, PUBG was banned in 15 countries, including China, for being too violent and addictive.

However, a ban is certainly not a solution. Even after the ban, one can easily download it through Google Playstore. If not the original one but an Indianised version where green blood takes the place of the red one!

Recently, a district court judge in Delhi wrote a letter to the Prime Minister. The letter says that “the population of the country applauded your decision in banning the infamous game PUBG Mobile, which has had a disastrous negative impact on children’s development. But, like the earlier PUBG, two comparable apps, Free Fire (Garena Free Fire – Rampage) and PUBG India (Battlegrounds Mobile India), are now having a negative impact on children.” A father of two children, the judge is worried about their future as any parent would be.

The judge also urged the PM to reduce the online gaming time in line with the recent announcement made by China. A child in China will be able to play a video game for only one hour on weekends. During weekdays, children will not be able to play these games in view of the effect they have on their education.

However, a KPMG report, showing the rapid growth in the gaming industry over the last three to four years, has gained the attention of the Prime Minister. It is learnt that Modi is extending the “Make in India” concept to the gaming industry as well. The sector is also likely to get a boost when 5G is rolled out.

While economically, it might be in the interest of the country to promote Indian games but there has to be a regulation and a regulatory authority to control the content that is launched on these platforms. After all, whose interest should take precedence— that of the gaming companies or our children?