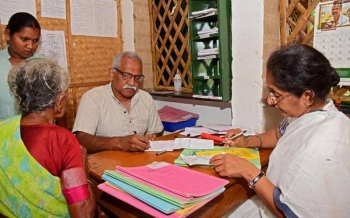 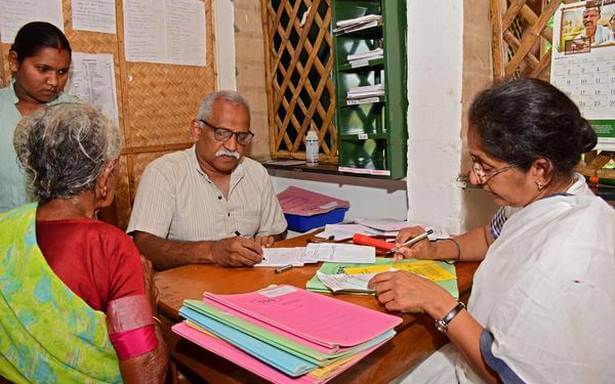 As classmates in the Government T D Medical College, Alappuzha, Kerala, Regi M. George and Lalitha came to know one another. While he later specialized in surgery, she became a gynecologist. The Christian boy and the Hindu girl got married in 1987. Though they hailed from wealthy families, the doctor couple decided to do something for the poor.

Visiting the Sittilingi Valley in Dharmapuri district of Tamil Nadu in 1992, they realized that the two lakh tribals living there had high infant mortality rate of 147 per 1000 babies and the highest maternal mortality in India. Cut off from the rest of the world, these Malaivasis (hill folks) had to travel 50 km to Karur to visit a hospital. The couple decided to serve these tribals.

Since the couple had no money to purchase land, they settled in a two room hut built by the tribals on a government land. Patients were examined on a bench in one room under a 100 wt bulb. They charged the minimum for the medicines from those who could afford. With no school nearby in the remote region, the couple home-schooled their two sons till class four before they were sent to a boarding school.

To prevent their diseases, Regi and Lalitha began to train the chosen local illiterate tribal women as health auxiliaries. Since deliveries had been conducted in houses, these health auxiliaries visited their homes and ensured hygiene and sanitation.  Complicated pregnancies were immediately rushed to the hospital. They pioneered the “Tribal Health Initiative” (THI), which empowered tribal villagers take care of their community’s health.

With donations pouring from good Samaritans, after three years they began to build a well-equipped 35 bedded hospital, which has become “a hospital for the tribals and by the tribals”, serving nearly one lakh people every year, in a 50 km radius. Because of the donations, patients have to pay very little. 95 percent of the staff is local tribals, who get gratuity and PF too. Now the infant mortality rate has been reduced to 20 per 1000 – one of the lowest in India. And hardly any mother dies in childbirth. They also run old age insurance scheme, providing free health care for mere Rs. 100 per year.

Besides improving their health, the jungle doctors also have started various initiatives like organic farming, farmer insurance policy, a coaching centre, vocational training in crafts, plumbing and welding and schemes to preserve their culture and dying arts.
“Our minds were full of doubts when we started,” says the khadi-clad Dr. Regi. “But we had sincerity of purpose. Sometimes you have to close your eyes, trust yourself and take that leap of faith. There is a crying need in our country and we need to extend a helping hand. After two decades of work in rural and tribal areas, my wife and I have more happiness than regret.”

“When you want something, all the universe conspires in helping you to achieve it.” - Paulo Coelho