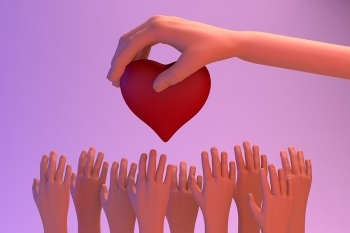 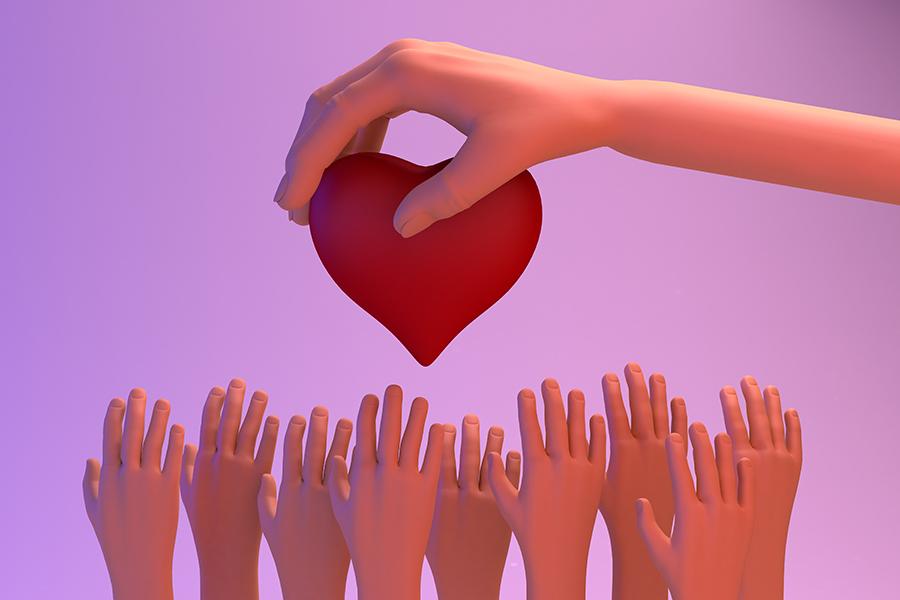 There are many organizations in India and in the world involved in philanthropy. The root meaning of philanthropy, according to Merriam-Webster dictionary, is “love for mankind”. The term philanthropy can include different methods of expressing love for mankind like arms giving, charitable and welfare activities, developmental activities and even social action that focuses on empowerment of the underprivileged sections of society by enabling them to access their rights and regain their human dignity. Based on this wider understanding of philanthropy, various methods are adopted by charitable and Non-Governmental Organizations to improve the life situation of the poor and the disadvantaged sections of society. While empathy should be the main motive for philanthropy, the concept of “Empathetic Innovation” is something new which I heard recently from Mr. Dhruv Agrawal.

I listened to a speech by a 23-year-old entrepreneur, Dhruv Agarwal during the Knit 2021 organized by the Universal Solidarity Movement (USM) Indore. He is the Chief Executive Officer of Aether Biomedical that manufactures robotic or bionic prosthetic hands. Bionic hands are intuitive artificial limbs that use cutting-edge technology to connect with the body. They use special sensors to detect and convert naturally generated electrical signals from muscles into movement. Aether Biomedical Company is in Poland and Dhruv’s team consists of 33 engineers.

Dhruv Agrawal dropped out of MBBs course in the second year because he wanted to do something different. He said that being a doctor he would not be able to bring about the impact he wanted to bring to society. Being in the medical profession will not give him the tool to impact millions of people in the world. That is why he decided to drop out of medical school and enter into a profession where he could reach out to thousands of people and bring about change in society.

He said that “Empathetic Innovation” was the motive for him to initiate an entirely new business. He further explained what is meant by empathetic innovation. “I was very much interested in the technological aspect of medicine. I thought about how I could build innovations that would reduce inequalities in society today. That is why I decided to go to the differently-abled population by manufacturing robotic hands or bionic prosthetic hands for upper limb amputees at an affordable price, which would allow amputees to perform many daily actions without any problems. The most important lesson I learned from the USM i.e. EMPATHY helped me to choose something innovative to support the differently abled people. I wanted to build something that would contribute to a social agenda more than a financial agenda”.

For Dhruv Agrawal empathy means “understanding the pain people go through; it is going to the root level of the problems and building long term solutions to reduce or eradicate pain”. In order to reduce or eradicate the root causes of pain one needs innovation. Therefore Dhruv holds the view that genuine empathy will not be satisfied with superficial solutions, but with innovation.

Many corporate leaders have set apart a huge portion of their wealth for philanthropy. For example, Warren Buffett, one of the richest persons in the world, has set apart more than 90% of his personal wealth for philanthropy. He is planning to give away 99% of his wealth for charity. Azim Premji in India has donated 75% of his wealth for philanthropy. For Dhurv Agrawal the whole enterprise is a philanthropic venture because his motive is not profit but to make prosthetic limbs to as many people as possible at affordable cost. Cutting- edge technology is being used to reduce the price. His company was able to provide prosthetic hands of good quality at a price, 40% less than what was available in the market when he and his partner launched their start up.

The concept of “Empathetic Innovation” can be applied to many charitable and welfare activities undertaken by NGOs, especially the Catholic Church. One of the traditional welfare activities undertaken by many dioceses and religious congregations in India is hostels or boarding houses for the underprivileged groups like Dalits and Tribals. The original purpose of these institutions was to provide educational opportunities for Dalit and Tribal children when schools in the rural and tribal areas were not easily accessible to them. During the last 75 years the situation has significantly changed. Now it may be very difficult to find a village without the facility for an accessible primary school. Even the accessibility to high schools also increased exponentially both in the rural and urban areas, though the quality of the education imparted through government schools in many states needs substantial improvement.

Tribals and Dalits along with Muslims remain at the bottom of the social, economic, educational and political pyramid of Indian society. Many studies show that although positive discrimination in the form of reservations has helped the mobility of individual families belonging to Triblas and Dalits, these two groups continue to be backward in comparison with other communities.

Empathy towards these groups needs analyzing the root causes of their continuous backwardness and coming up with innovative approaches. Lack of competent and honest leaders who are committed to the empowerment of their communities could be one of the root causes. Hence training leaders with competence, character and commitment could be the objective of running hostels for the students of these two groups.

These communities are still victims of discrimination despite the constitution of India promising equal dignity to all Indians. Because of their social background, lack of self-confidence is found in many children belonging to these two groups. Hence instilling better self-image, better self-confidence, better self-reliance and better self-assertion is very much needed for their empowerment.

Hence the objectives as well as the approach towards running hostels for the Tribal and Dalit children has to change. Quality should be the topmost priority and it requires reducing the number and paying personal attention to each student. A family atmosphere is to be created in the hostels and for this purpose the whole community of nuns or priests should have meals with them. All members of the community of nuns/priests should be involved in one way or the other in the activities of the hostel, although one shall be given the overall responsibility. This aspect of creating a family environment is very significant so that the students experience individual dignity. Secondly along with academic excellence leadership training and inculcation of ethical and constitutional values are to be emphasized. In the place of a disciplinary approach, an approach of love and understanding is to be adopted. Self-discipline and self-education are the two habits to be inculcated in the students.

Orphanages or shishu bhavans constitute another welfare activity undertaken by NGOs and the Church organizations. What the orphan children need more than anything else is love and affection from a mother. If the nuns who take care of the orphan babies and literally become mothers are transferred frequently, it can create a catharsis in the life of those children. In fact, it is a crime committed on the orphan children. The approach adopted by SOS Children’s’ Village seems to be a healthy one. SOS Children’s Villages provide alternative families to children who need parental care. Children of different ages and backgrounds live together in a house with a full time mother who serves as the children’s parent. These mothers are either unmarried women or widows without any family responsibilities, who are specially trained.

The women who assume the role of mothers in orphanages should be in that position for a long time and they should voluntarily opt for this unique mission. They should also undergo the required training because becoming a mother of a dozen or more children with various socio-cultural backgrounds requires certain skills. Appointment to the role of a mother in an orphanage should not be a routine one decided by the major superiors of a religious congregation without the voluntary option of the person concerned. More than the hostel children, the orphanages require a family atmosphere. Hence whatever is suggested for hostels in this regard is also applicable to the orphanages in a greater measure.

Empathetic innovation leads to empowerment. The process of making available prosthetic hands at an affordable price, as done by the company of Mr. Dhruv, helps thousands of disabled persons to become self-reliant. It restores their human dignity and empowers them. All philanthropy ultimately should lead to the empowerment of people who are one way or other disadvantaged. Therefore all those who are involved in welfare and developmental interventions have to be innovative, if their efforts have to result in empowerment of the people concerned.

Even though human beings are endowed with creative power, there is also a tendency among them to blindly imitate others. Many NGOs and charitable organizations start hostels, orphanages, old age homes etc. without thinking what way the institution they start will be different from others and what way it would lead to solving the root causes of the problems faced by the concerned group of people. Often these institutions don’t have their own unique vision, goals and policies. In the case of the institutions run by the dioceses and religious congregations, the persons in charge are routinely transferred and sometimes individuals who do not have any aptitude and training for the particular mission are appointed as head of institutions. Therefore these institutions are not able to influence the wider society. Let the example of Dhruv Agrawal inspire all those who are involved in the works of philanthropy to be creative and innovative.