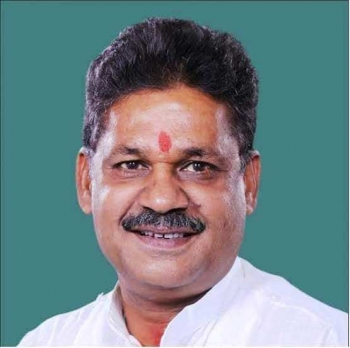 India’s cricket captain Virat Kohli’s comments in defence of Mohammed Shami, the only Muslim player in the Indian cricket squad, after the abusive trolls the latter received following loss to Pakistan, are commendable. People from various walks of life came out in support of Kohli who had launched a blistering attack on his team’s critics, blasting them as “spineless” and “pathetic”. Kohli was angry over the abuse aimed at Shami because of his religion. “Attacking someone over their religion is the most pathetic thing that a human being can do. They have no understanding of how much effort we put on the field. They have no understanding of the fact that someone like Shami has won India matches in the last few years,” said Kohli. His remarks won him appreciation from his fans and cricket lovers all over the country except a section of hate-mongers.

The issue has initiated a national debate over sports versus religion and Kohli’s comments on hate speech mongers. Former cricketer-turned-politician Kirti Azad said that trollers were hell-bent to divide the country on religious lines by targeting a player from the minority community. He feels that Kohli should not have reacted at all.

Anju Grover for Indian Currents spoke to Kirti Azad  (Azad is a politician and  former Indian cricketer who played 7 Tests and 25 ODIs for India. He is the son of a former Chief Minister of Bihar, Bhagwat Jha Azad) to know the role of religion in sports and why it was worthless to take on trollers who have no sentiments for anything including cricket, Bollywood or any other issue. Azad clarified that religion is a personal belief and sports has nothing to do with religion. A sportsman/woman does not play for Hinduism or Islam.

Q: Your comments on Virat Kohli versus hate speech mongers in Shami’s case?

A: It was not necessary for Kohli to speak in defence of Shami because we are aware of Shami’s contribution to the Indian cricket. Shami has done very well over these years. There was no need of Kohli to react to ridiculous statements on the social media.
Cricket is a game of gentlemen. One should enjoy the game and not just have `winning’ spirit or bring religion into sports.  We won the World Cup in 1983 and Kapil Dev was the Captain of the cricket team. In his team, there were players from different religions or communities like Hindu, Muslim, Christian and Sikh.

What kind of mind-set people have now? The sole objective of trollers is to divide the country on religious lines to start a campaign against any player who does not belong to Hindu community.

Q: You don’t appreciate the sportsman spirit of Kohli…

A: It is not a question of appreciating him or not. You don’t need to answer andh bhakts (blind followers) and get caught in the spool of comments made on the social media.

Q: Do you think social media has created more problems for cricket players who are revered as demi-gods?

A: The social media has flared up communal feelings among the people. People are mis-using these handles to score a point, taking things to political levels and bringing out their frustration on players for no rhyme or reason.

Q: The India-Pakistan match which was the genesis of the controversy was watched in the sub-continent with great interest. The cricket match (part of world cup) occurred amidst the diplomatic tension between India and Pakistan. The match has once again brought religion into sports. What are your views?

A: I fail to understand why there is so much rhetoric about Pakistan? Why do political parties always compare India with Pakistan? Pakistan’s GDP is far less than Delhi’s GDP. They should compare India with the US, the UK or China. There should be competitiveness when India and Pakistan play cricket match and no attempt should be made to divide people.
Ironically, when nothing works then religion is used as it is the opium for masses. That is what has been done in cricket in past to create tension between the communities.

Q: Your comments on your own statement 'Pakistan is a terror state and ICC should re-consider its membership.’

A: Sports has been used as a medium to prove a point to the world that if you are going to use apartheid …we will have nothing to do with you. It was used in Olympics in the past. It is known to all that Taliban is the brain-child of Pakistan. All terrorist activities in India and atrocities in Afghanistan are being promoted by certain forces in Pakistan. It is high time that UN looks into it and declares Pakistan a terror state.